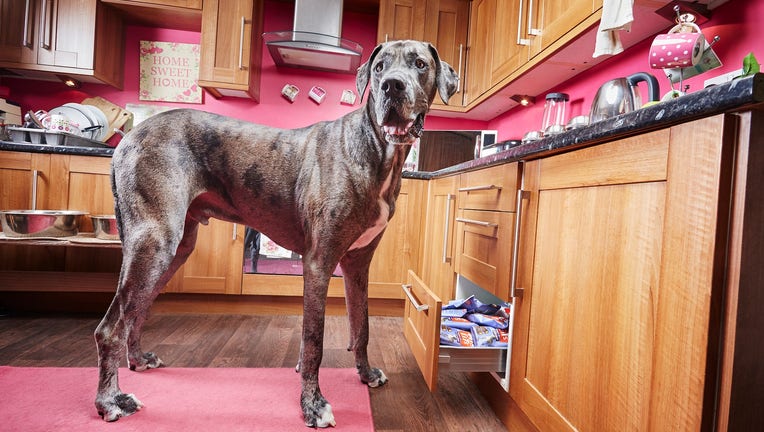 The tallest living male dog in the world passed away this week. An announcement from Guinness World Records said Freddy the Great Dane was 8 and a half years old.

Freddy became internationally known in 2016 when his record was announced: he measured in at 3 foot 4 inches from foot to withers.

Standing on his hind legs he measured in at a towering 4 feet 5.5 inches, though that isn’t an official measurement that Guinness counts.

Freddy lived in Essex, UK with his owner Claire Stoneman.

Stoneman said she had no idea Freddy was going to grow as big as he did.

"As a puppy, he was the runt of the litter. I actually got him a couple of weeks earlier than I should have, as he wasn't feeding off [his] mum," she said in a statement.

The Guinness World Records team spent a number of days documenting Freddy and capturing photographs of him and Claire at their home in Leigh-on-Sea in Essex. 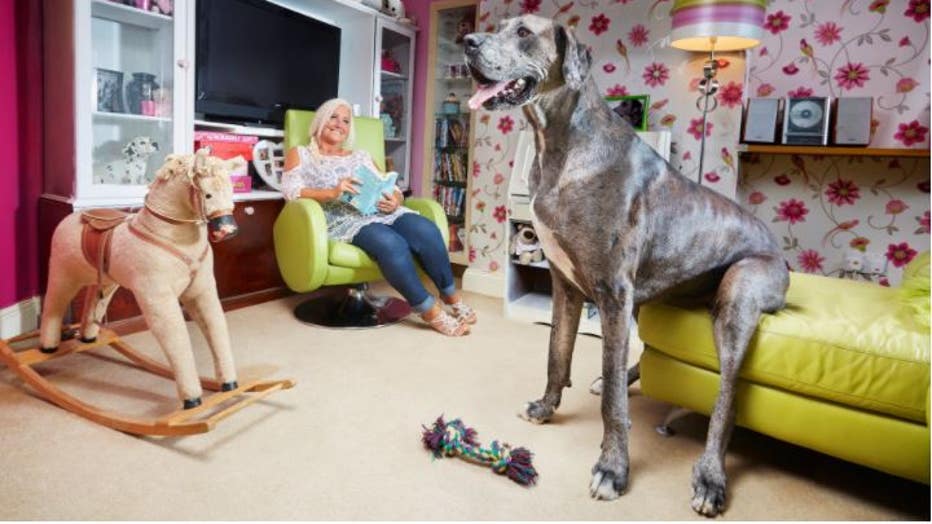 "I still can barely believe that he was the runt of the litter. Freddy brought a smile to everyone's face and will be missed by every at Guinness World Records. I'm just pleased that we got the chance to celebrate his record-breaking immensity in the books and share his story with millions of people around the world. RIP, Freddy," Glenday said. 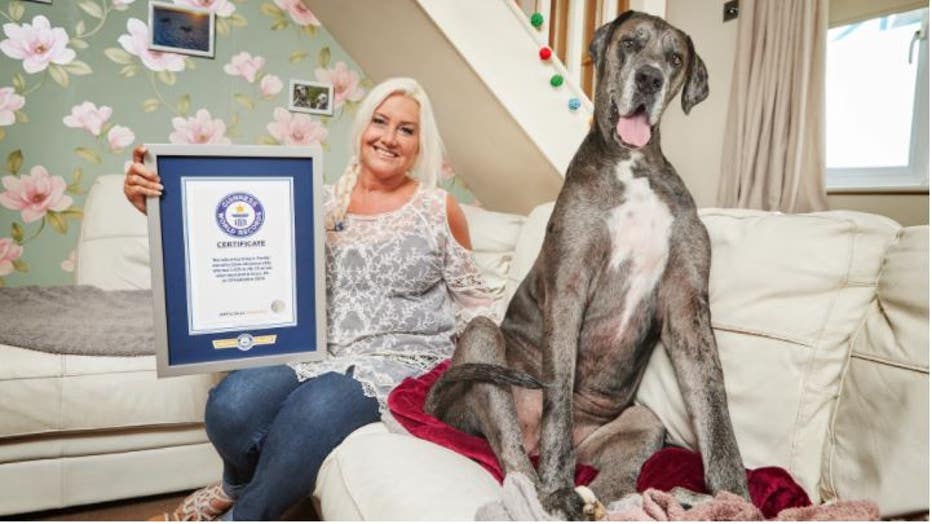 "He was not just the tallest dog but the dog with the most love and the biggest heart. A total soppy bugger who was hand fed," Stoneman said. "He was my life. My reason. My joy. My annoyance. My happiness and my ultimate sadness. He was my heart Dane. My one in a million and loved by the entire world."

The Guinness World Records title holder for tallest dog ever was Zeus from Otsego, Michigan, USA who measured 44 in from foot to withers in 2011.