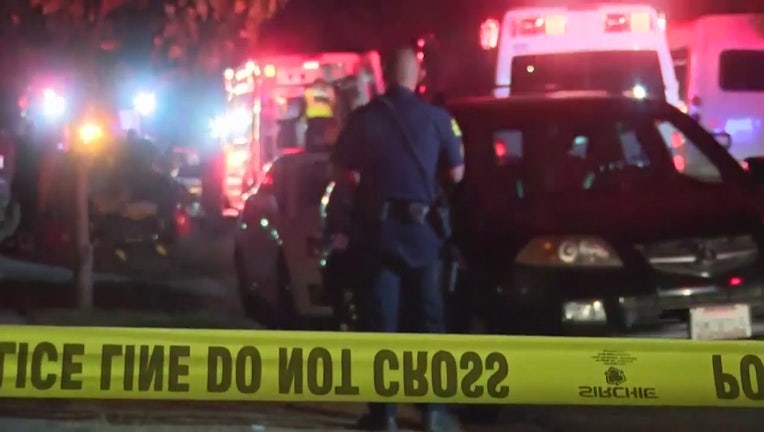 FRESNO, Calif. (AP) - Police searched Monday for two assailants who sneaked into a backyard party in Fresno and opened fire while a small crowd watched football on television. Four people were killed and six wounded.

Fresno Police Chief Andrew Hall said the house where a group of Hmong family and friends had gathered was deliberately targeted on Sunday evening, but the shooters fired at random once they saw men in the backyard watching football.

“They fired randomly into the crowd. It does not appear that they were targeting any individuals, and once they fired, they fled,” he said.

Hall said there was no immediate word on a motive, and so far there was no indication that any of the victims knew their attackers, though most could not see them, describing seeing only a flashing light when the semi-automatic pistols were fired. Officers went door-to-door looking for surveillance video that might help them track down suspects.

The party “was not described as being out of control in any way. It was just a family event,” Hall said.

Three were found dead when emergency crews arrived. A fourth person died at a hospital. Six others were hospitalized in critical condition but expected to survive, authorities said.

Hall said police were investigating whether the shooting was connected to a recent disturbance involving some of the people at the party. He also announced the establishment of an Asian gang task force ahead of the Hmong New Year, out of concern about the possibility of more violence. 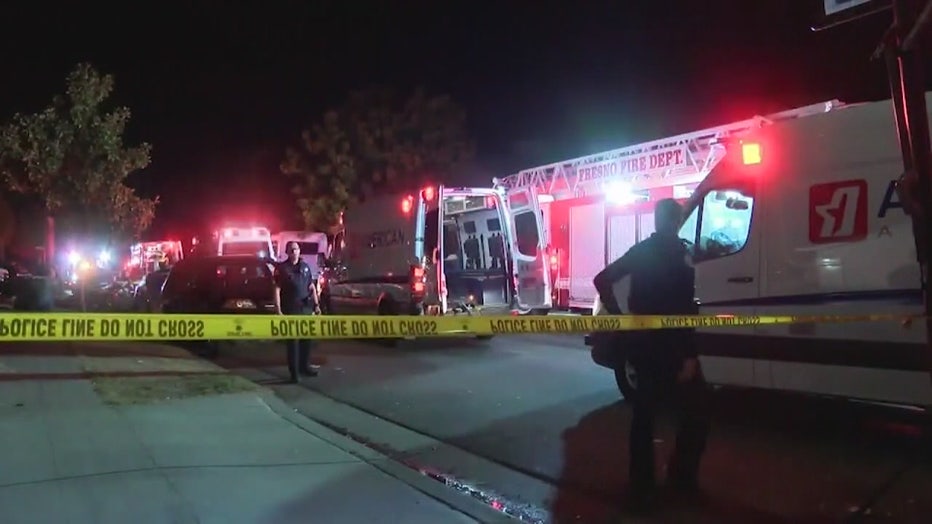 California has the nation’s highest population of Hmong, a Southeast Asian ethnic minority.

Residents complained that other shootings have happened recently in the same neighborhood. The home where the attack took place is near an industrial area with commercial buildings near the Fresno airport.

Calvin Gatison, who lives on the same block, said the street had been peaceful for years, but at least two shootings happened in recent weeks.

Gatison said his street of single-family homes with manicured front yards is quiet during the week. On weekends, grandfathers can be seen playing with grandchildren in their front yards, while other neighbors host gatherings in their yards, but typically without loud music.

“For something like this to happen in a quiet neighborhood, it scares you,” he said. “This is the third shooting I’ve heard since the middle of September.”

Choua Vang told the Bee that his neighbor’s house was shot at last week and that he feels unsafe outside after dark.

“We’re thinking about moving out of the neighborhood,” he said. “We don’t know how many more shootings there will be.”

It was at least the second fatal gun attack Sunday in Fresno, the Fresno Bee reported. A man in his 20s was shot to death early Sunday at a home in another part of the city. Police have not said whether the incidents could be connected.

The killings came after two other mass shootings in California in what has been an especially violent year for the state.

Last Thursday, a 16-year-old student at a Southern California high school in the city of Santa Clarita outside Los Angeles shot and killed two classmates and wounded three other teens before shooting himself in the head. He died the next day.

And on Saturday, police in San Diego said a husband shot and killed his wife and three of their sons before killing himself. A fourth son wounded in the shooting was on life support on Sunday, family members said.

Rep. Jim Costa, a Democrat who represents the Fresno area in Congress, said he was saddened to hear of another shooting “this time in my own district.” He said in a statement that “thoughts and prayers are not enough!” and urged the Senate to take up gun-control legislation.

There have been eight mass killings in California so far this year, claiming the lives of 33 people, according to a database compiled by The Associated Press, USA Today and Northeastern University.

That’s a dramatic increase from previous years, with eight mass killings in the state for all of 2016-2018.

The increase mirrors the national trend in 2019. There have been 39 mass killings this year in the United States, compared with 25 in 2018, according to the database, which tracks homicides where four or more people are killed, not including the offender.