SANTA MONICA, Calif. - Michelle Yi, who was a contestant on "Survivor: Fiji," is recovering after she was attacked by a homeless woman outside the Pilates studio where she teaches classes in Santa Monica.

On Oct. 14, Santa Monica police officers received a disturbance of peace call just before 6 a.m. near the intersection of 2nd Court and Arizona Avenue. Officers were told a woman was holding two metal poles and was hitting cars and other random objects in the area, which is steps away from the 3rd Street Promenade.

Arriving officers found a suspect who was hitting a man when she was detained.

Upon further inspection, Santa Monica PD discovered there were other victims who were attacked, including the former reality show contestant.

In an interview with People, Yi said she noticed a woman who appeared to be upset approaching the Pilates studio. The suspect began yelling offensive remarks such as ‘you stole by identity,’ and  ‘you’re a prostitute.'

"Santa Monica has a homeless problem, and I've dealt with this type of thing before. So I told her, 'Ma'am, you can't be here. You need to leave,’" she said in the interview.

The woman did not leave and that’s when the situation began to escalate.

Yi told police she was hit by the suspect with a metal pipe in the head and face. One of the strikes was so hard, she suffered a small laceration to her right eyebrow.

The other two victims sustained scratches to their head and face areas, Santa Monica PD said.

The suspect was identified as 25-year-old Alexandria Diaz and she was taken into custody. 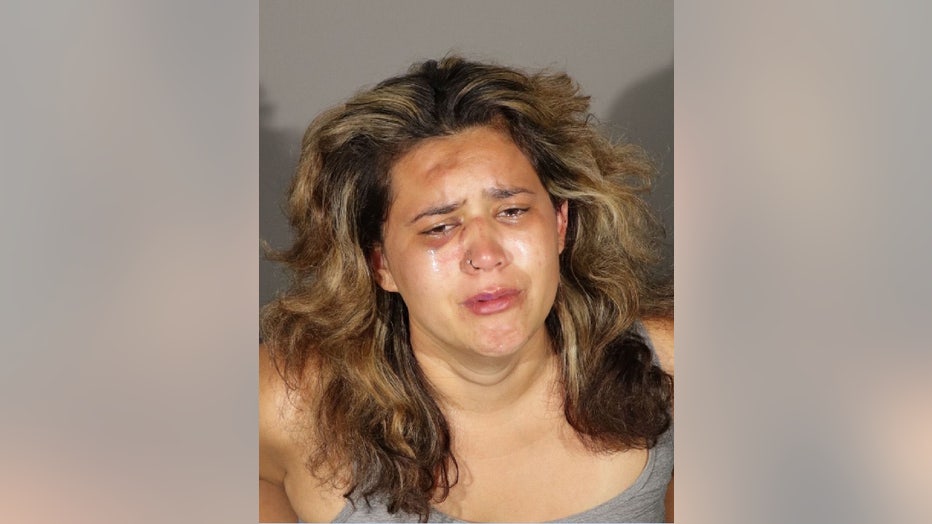 Diaz was arraigned Monday and was charged with three counts of assault with a deadly weapon by the Los Angeles County District Attorney's Office.

Diaz was reported missing from Fresno and authorities believe she suffers from a mental illness.