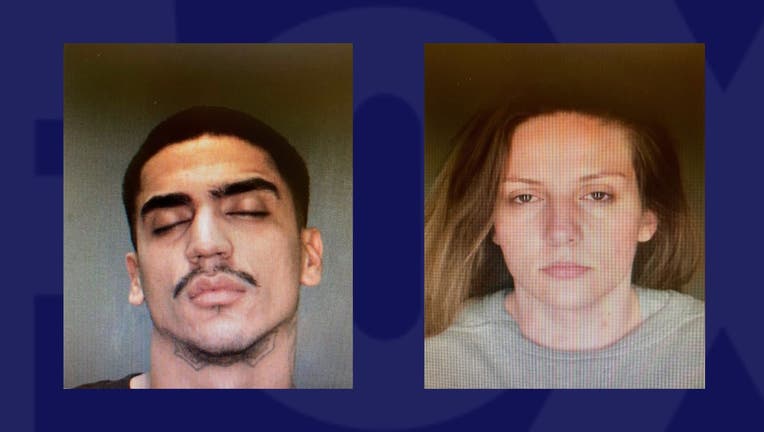 FONTANA, Calif. - Two Fontana people were arrested this week for their roles in a series of armed robberies throughout the town, according to the San Bernardino County Sheriff's Department.

Giovanni Ramirez, 25, and Samantha Keck, 22, both of Fontana were arrested on April 4 for armed robbery, conspiracy to commit a crime, and a parole violation

According to the San Bernardino County Sheriff's Department, Keck is facing charges in one robbery, while Ramirez faces charges in at least three armed robberies over the last two weeks.

The first robbery occurred on March 21 around 7 p.m. Deputies say Ramirez approached a person in a parking lot, holding them up with a pistol. Ramirez allegedly held the pistol to the victim's head, stealing his money and cell phone before getting in a car allegedly driven by Keck.

Just two days later, on March 24, Ramirez is accused of holding up a cashier at the Fontana Circle K, fleeing on foot.

The following week, on March 29, deputies say Ramirez and two other suspects robbed a person sitting in their car in the parking lot of a strip mall near the intersection of Beech Avenue and Merrill Avenue. Ramirez is accused of taking the victim's cell phone and unsuccessfully trying to take the victim's wallet, before jumping into the passenger's seat of another car.

Investigators say Ramirez and Keck may have been involved in other armed robberies. Anyone with information about other crimes in the area are asked to call the county sheriff's department.