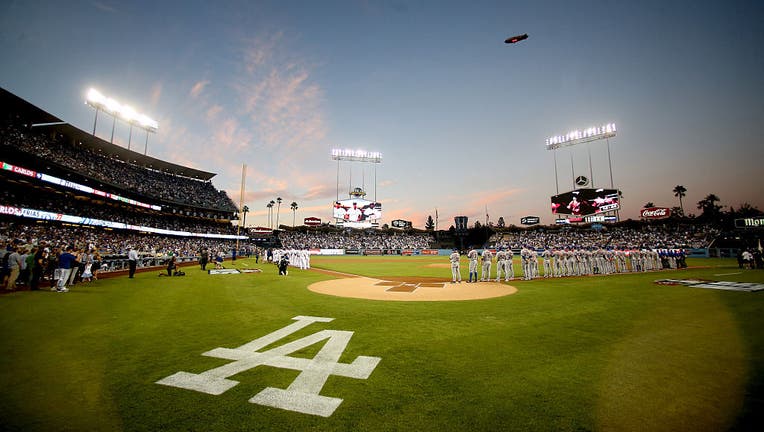 LOS ANGELES, CA - OCTOBER 09: A general view during player introductions before game one of the National League Division Series between the Los Angeles Dodgers and the New York Mets at Dodger Stadium on October 9, 2015 in Los Angeles, California. (Ph

LOS ANGELES - Five members of the Los Angeles Dodgers organization have tested positive for the coronavirus.

None of the five members were inside the team's playoff bubble in Texas, officials said.

The names of the positive patients were not disclosed.