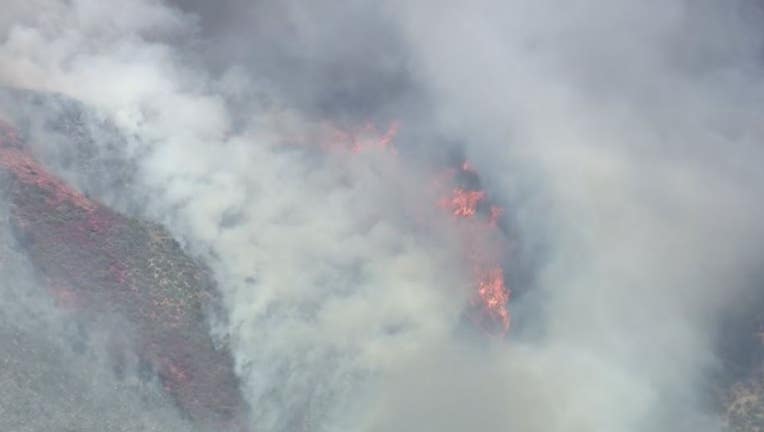 SANTA CLARITA, Calif. - Firefighters are battling a two-alarm brush fire in the Angeles National Forest that broke out on Wednesday.

The "Rowher Fire" has so far burned up to 600 acres with no containment made.

The fire is burning in a sparsely populated area near Sierra Highway in Agua Dulce, according to the Los Angeles County Fire Department, which is assisting the Angeles National Forest's fire crews.

No homes are threatened by the fire, and air tankers were dropping water and fire retardant on and around the blaze to contain the flames.