LOS ANGELES - A fire erupted at LAX, causing some delays on a busy holiday travel day.

The fire destroyed two liquid propane-powered passenger buses and damaged a third one.

The fire broke out around 9 p.m. at the LAX-it lot, which is the new lot used for ridesharing. 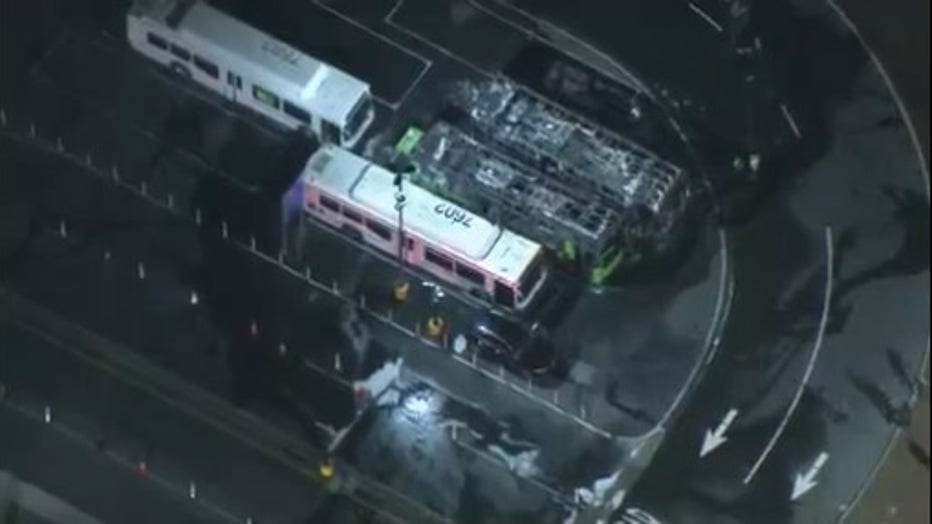 The fire temporarily closed the LAX-it facility, but it was partially reopened after the flames were extinguished. Those exiting LAX were asked to follow directions of airport staff until further notice, Humphrey said.

Once the lot closed, many people were seen walking to their terminals.

“Though the fire's cause remains under investigation, there is no reason to consider it suspicious at this time,'' he said.

There were no reports of passengers on board and no reports ofinjuries, he said, but added that the cleanup prompted the closing of the lots and was causing delays for airport traffic.