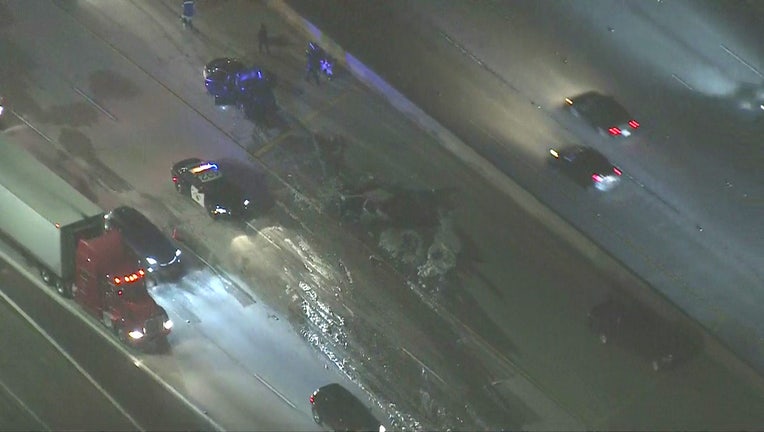 NEWHALL, Calif. - All lanes of the northbound 5 Freeway have reopened after a fiery crash brought traffic to a grinding halt in Newhall Wednesay.

The crash resulted in one vehicle catching on fire shortly after 6:40 p.m. near Calgrove Boulevard. Firefighters with the Los Angeles County Fire Department pulled out at least one person from the burning car before fully extinguishing the flames, officials said. 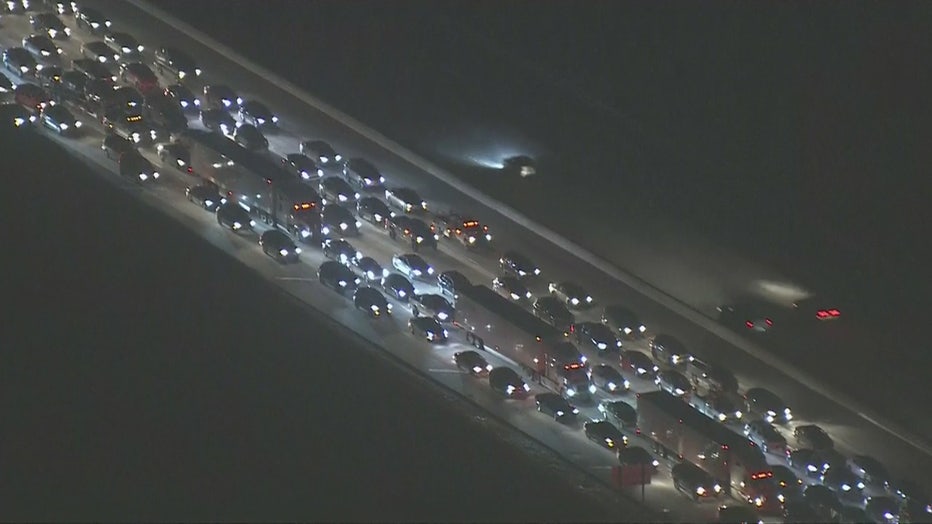 The extent of the injuries was not immediately known.