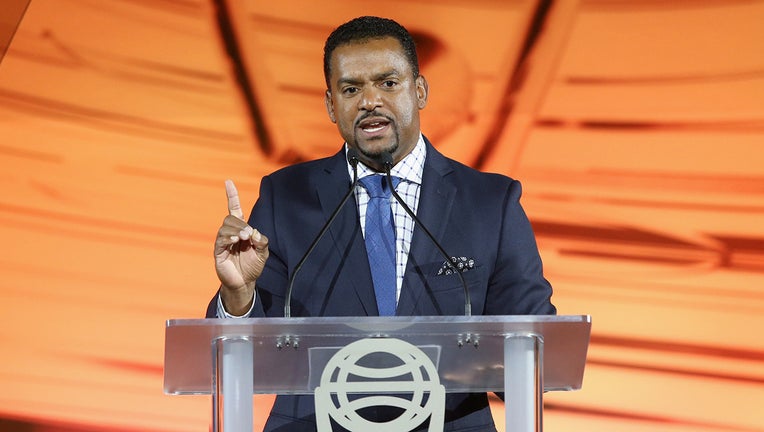 LOS ANGELES (AP) - "The Fresh Prince of Bel-Air" star Alfonso Ribeiro has been denied a copyright for the "Carlton" dance, which he's suing two videogame makers over.

The denial from the U.S. Copyright Office was revealed Wednesday in a motion to dismiss Ribeiro's lawsuit against Take-Two Interactive, the makers of NBA 2K16, which Ribeiro says illegally makes use of the dance. The document denying the copyright says the moves in the "Carlton" represent a simple dance routine rather than a work of choreography, which can be copyrighted.

A hearing on the motion to dismiss is scheduled for March 18.

Ribeiro's dance was popularized through his character, Carlton Banks, on the 1990s sitcom.

He's also suing Epic Games over the use of the dance in "Fortnite," joining several rappers suing the game over dances.