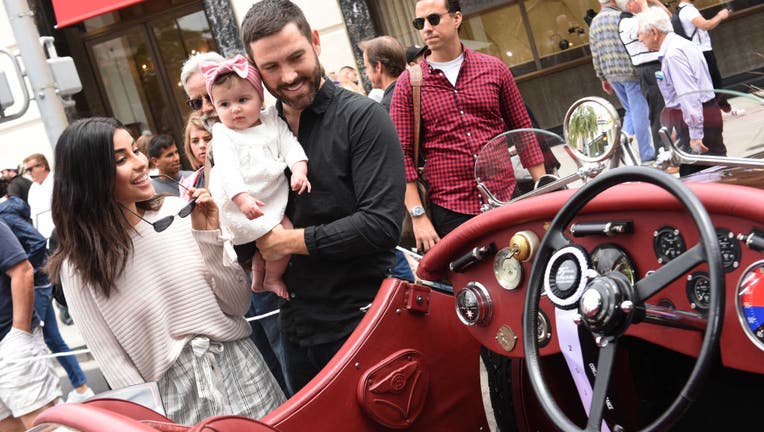 After being canceled in 2020, the Rodeo Drive Concours d'Elegance car show will be held this year, with what organizers bill as 50 of the world's most exquisite and collectable cars in a moving display.

Celebrities will be driving and riding in the cars, organizers said.

The route will take cars north on San Vicente Boulevard before turning west onto Burton Way. It then travels north on Rexford Drive and Canon Drive before heading south on Beverly Drive toward Rodeo Drive. The event begins at 10 a.m.

A car show and a mariachi band, there were tons of events happening throughout SoCal on Father's Day.

For the second consecutive year, instead of a luncheon at the Hilton Long Beach the Mablean Ephriam Foundation's Honoring Unsung Fathers Awards will be conducted on a virtual basis. The ceremony will be streamed on Facebook and Hufawards.com beginning at 1 p.m.

The awards are intended to celebrate fathers and make Father's Day as special as Mother's Day and encourage and promote positive fatherhood by spotlighting fathers who accept their role and responsibility and do it well.

-- "Solo Warrior,'' the father who never married the child's mother and is the primary custodial parent;

-- "Love Cares,'' the married father living in the home;

-- "Fatherhood Forever,'' billed as "the divorced father who divorced the mother, not the children'';

-- "The Village Dad,'' the non-biological father who stepped into the shoes of the father; and

-- "The Living Legacy,'' an elderly father who serves as the role model for other fathers.

Ephriam said the awards were inspired by her 1999-2006 stint on the syndicated courtroom series "Divorce Court,'' presiding over actual cases involving feuding parents.

The winners are nominated by their children, wives, former wives, parents, siblings, other relatives, friends, co-workers and others who know and admire their great qualities. Nominees are primarily from Los Angeles County.

In his Father's Day proclamation, President Joe Biden said, "Father's Day is a time to recognize, appreciate, and celebrate the fathers and father figures in our lives who lift us up on their shoulders and shape our lives for the better.

"We thank the dads who have guided, taught, coached, cared for us, and supported us through life's trials and tribulations. And, we celebrate all that they impart: character and perspective, lessons borne from experience, and the sacrifices made from love.''

However, when that date would not provide organizers with enough time to make arrangements, the first Father's Day was celebrated in 1910 in Spokane on the third Sunday in June.

In 1924, President Calvin Coolidge recommended Father's Day be a national holiday. In 1966, President Lyndon Johnson proclaimed Father's Day as a holiday to be celebrated on the third Sunday in June, while President Richard Nixon signed a bill into law to do so in 1972.