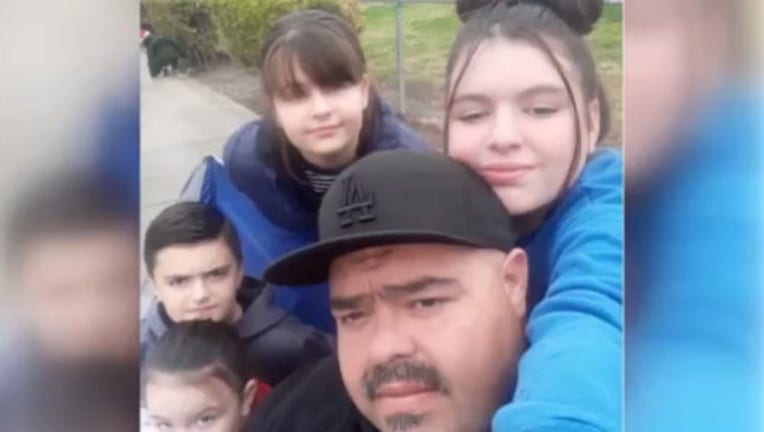 HEMET, Calif. - Four people are dead after an early morning fire erupted at an apartment complex in Hemet.

Firefighters say 41-year-old Juan Moreno died as he was trying to rescue his two daughters from inside the home.

Moreno’s 4-year-old and 12-year-old daughters also died. His 8-year-old son was airlifted to UCI Medical Center in Orange in grave condition and passed away Saturday.

Resident says the fire started in the family’s Christmas tree which was right next to the front door.

The Hemet Police Department says a woman contacted an officer and told them the fire started in her apartment. She was able to wake up her husband, who assisted her in evacuating their infant and 11-year old child, police say.

“It broke my heart so bad because I never experienced this,” stated neighbor Francisco Paez.

Paez lives next door to the family of seven. He says the mother pounded on his door as she left with her small baby and 11-year-old daughter.

“It was already too late, too smoky, it was bad. And the reason I feel bad is because I tried my best to go in there but I just couldn’t. The flames were too high, I just couldn’t I tried... I tried,” Paez said.

Alyssa Moreno lives in the building next to the apartment complex and was awakened around 1 a.m. to terrifying screams.

“This was deep trembling screaming.” She says she did her best to console the mother and her 11-year-old daughter.

“She kept wanting to go run back in to save her dad and her siblings. And it seemed an 11-year-old so strong hearted and wanting to risk her own life to go save her siblings was just a miracle to watch,” added Moreno.

Firefighters were able to contain the fire to the family’s apartment. But every apartment in the complex was red tagged as unsafe, and as many as 40 people are now without a home during the holidays.