A family is sharing their story after barely escaping with their lives when they were shot and chased by a gunman in Compton.

COMPTON, Calif. - A Southern California family is thankful to be alive after a terrifying encounter in Compton over the weekend.

Officials with the Los Angeles County Sheriff’s Department said the family of three became the victims of what they’re calling a "failed attempted robbery" when their vehicle was shot at multiple times shortly after leaving a Christmas party at their church.

While on the way home from the Christmas party, they spotted a house fire near the intersection of Alameda Street and East Rosecrans Avenue when the family stopped to help. Within seconds, two gunmen approached them and opened fire, according to investigators.

"They were chasing us and still shooting," the mother, who wished not to be identified, told FOX 11. "I’m pretty sure they emptied both their magazines on us. I counted about five to six bullets that hit the car. "

The mother also said her child’s safety was her biggest priority.

"As soon as I felt that I was hit, I looked behind me…and I was afraid that she was hit, but she was ok. And that was the last thing anybody would expect when they’re trying to do something good," she said.

The mother was treated at the hospital after being grazed by a bullet. Pictures from the scene show the family’s vehicle riddled with bullet holes. 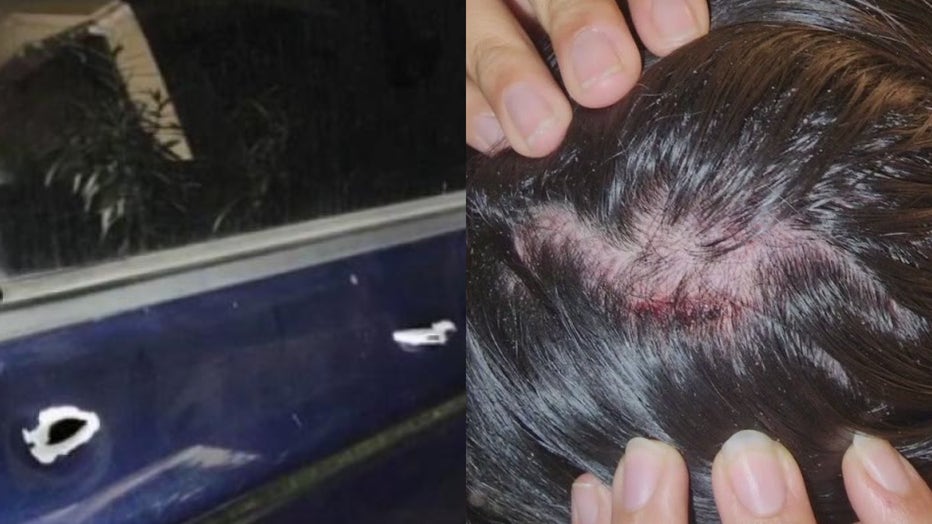 A description of the suspects was not available and they remain at large.

The family considers it a miracle they are still alive. A GoFundMe page has been launched to help the family. Those looking to help can click here for more information.