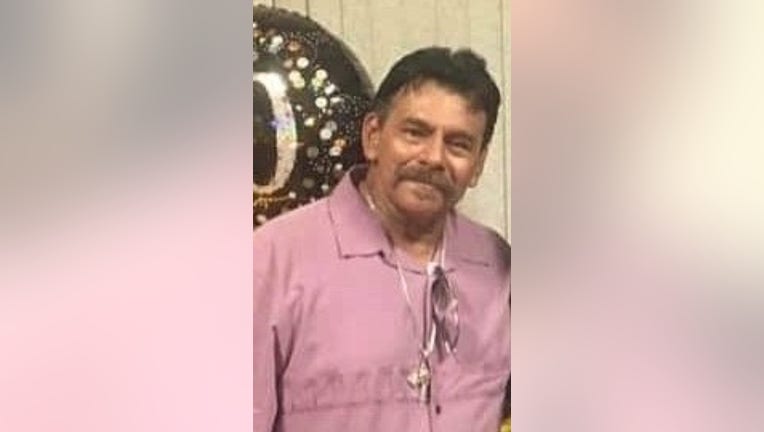 SAN QUENTIN, Calif. - Civil rights attorneys announced on Thursday what they believe is the first claim against the California prison system stemming from the botched transfer and the resulting coronavirus-related death of a Sacramento man held at San Quentin.

The claim was brought by the children and mother of Daniel Ruiz, 61, one of at least 26 prisoners and staff who have died from COVID-19 at San Quentin. That's nearly half the 59 people held in California prisons who have died of coronavirus.

The family alleges that Ruiz was wrongfully and unconstitutionally killed.

The tragedy of this is that this could have been avoided if people like Mr. Ruiz were simply treated like human beings. Like caring or not whether or not they catch COVID. A lot of prison bureaucrats think these people are expendable.

Attorney Michael Haddad told KTVU that Ruiz had been in on a minor, non-violent drug crime since Jan. 20. He died July 11 of coronavirus.

Four months before his death, Ruiz had been given an early release notice for good behavior, according to his family's claim. It's unclear why he wasn't released or when his release date might have been. He also suffered from asthma Haddad said that advocates had been calling for the release of non-violent prisoners like Ruiz from the early onset of the coronavirus pandemic.

"The tragedy of this is that this could have been avoided if people like Mr. Ruiz were simply treated like human beings," Haddad said. "Like caring or not whether or not they catch COVID. A lot of prison bureaucrats think these people are expendable."

Haddad said he believes this is the first claim against the prison system related to coronavirus.

Dana Simas, a spokeswoman for the California Department of Corrections and Rehabilitation, said she couldn't comment on pending litigation, "but we will be carefully reviewing the allegations."

According to the claim, the prison system should have known that the coronavirus outbreak was dire, and that confining a large group of people inside one place would lead to illness and death. The claim alleges that the proper testing was not conducted and that the age and health of those incarcerated was not taken into account. It is the prison system's responsibility to care for those in custody, the claim states.

The CDCR already has faced intense criticism for transferring Chino prisoners from the California Institute for Men, all deemed high-risk for COVID-19, when many of them had not been tested for the virus for four weeks before they were transferred by bus to San Quentin, the claim states.

Up to the time of that transfer, San Quentin had not had a single case of COVID-19.

In addition, Ruiz's family was not notified that he had COVID until he had been in the hospital ICU for two weeks, was on a ventilator, and close to death.

"His children and mother mourn his unnecessary loss and that they were not able to be there for him in his last days," the claim states.