The Civil Rights icon passed at the age of 98 on March 27th.

ATLANTA - According to family members, one of Atlanta’s most revered civil rights icons and a lightning rod for community activism has died at the age of 98.

"Reverend Joseph Echols Lowery transitioned peacefully in his home surrounded by his family late Friday night. His family is requesting respect for their privacy during their time of grief.  Reverend Lowery's daughters want the community to rest assured their father passed away from natural causes, not from COVID-19. Rev. Lowery was 98 years old." 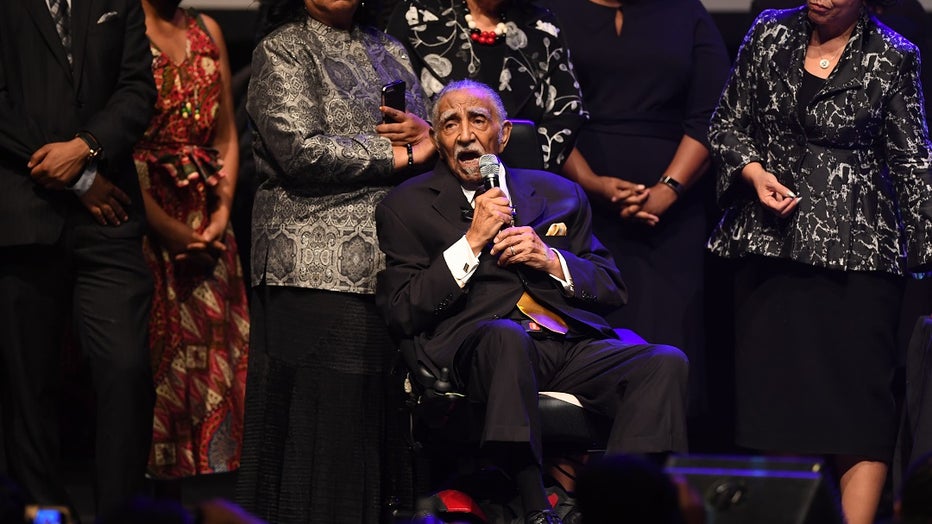 Born on Oct. 6, 1921, in Huntsville Alabama, the Rev. Dr. Joseph Lowery spent parts of childhood and teenage years in Alabama and Chicago before earning a bachelor’s degree at Paine College in Augusta, Georgia.

It was after graduation that Lowery said he had an epiphany – that the "ministry was his true calling."

The reverend was known for his sense of humor, captivating delivery, and his fiery skill with words – all at play in his closing prayer at President Barack Obama's inauguration.

“We ask you to help us work for that day when black will not be asked to get in, back when brown can stick around, when yellow will be mellow, when the red man can get ahead, man; and when white will embrace what is right,” Lowery said to laughter from the audience on the National Mall.

Early on, it was Lowery's passion in the pulpit that launched him into the spotlight.

By 1950, he was fully involved in the brewing civil rights movement. His new bride, Evelyn Gibson, was by his side.

Two years later, Lowery and King founded the Southern Christian Leadership Conference, an organization devoted to human rights. He served as its president for 20 years.

"He was always in the line of danger, always on the battlefield," Ambassador Andrew Young said at a 2017 gala honoring the reverend. "But he never got that bitter. He never got that angry.”

It was at King's request that Lowery led the Selma to Montgomery March in 1965.

Lowery made it his mission to help carry the torch of the civil rights movement wherever it took him.

He co-founded the Black Leadership Forum that played a key role in protesting apartheid in South Africa. 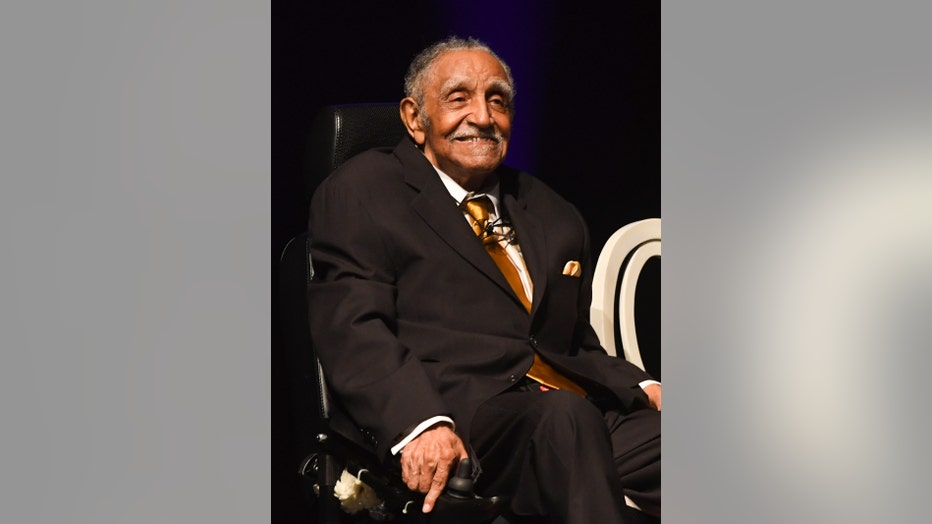 Dr. Joseph Lowery at his 96th Birthday Celebration at Rialto Center for the Arts on October 4, 2017 in Atlanta, Georgia. (Photo by Paras Griffin/Getty Images)

In 1997, the NAACP christened him the "dean of the civil rights movement." When he was 69 years old, Ebony magazine named him "one of the 15 greatest preachers," with one expert saying he was “the consummate voice of Biblical-social relevancy, a focused prophetic voice – speaking truth to power.”

Over the years, there was a lifetime achievement award and several honorary doctorates from schools including Emory University and Morehouse College.

The civil rights icon passed away Friday night at the age of 98.

Lowery would say one of the most prestigious and humbling moments of his life came in July 2009 when he was awarded the Presidential Medal of Freedom by President Obama.

But he would say, equally humbling was the day a little street just west of downtown Atlanta, a place he called home for more than 50 years, was named in his honor.

The family is planning a private service aligning with the CDC's coronavirus guidelines. A public memorial will be held in late summer or early fall.

In lieu of flowers or cards, the family is asking for a donation to the Joseph & Evelyn Lowery Institute for Justice & Human Rights to promote nonviolent advocacy.