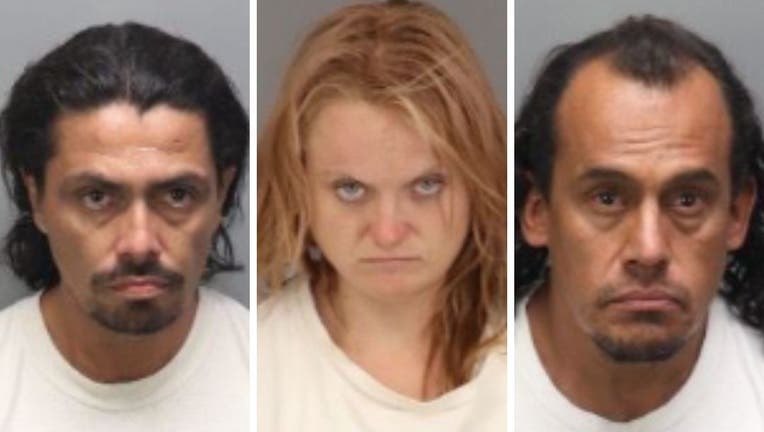 HEMET, Calif. - Authorities arrested three suspected burglars inside a home that was evacuated due to the Fairview Fire, according to the Riverside County Sheriff's Department.

It happened Saturday just after 1:30 p.m. near Coralee Lane and Diamond Valley Road.

Officers responded to the area after someone reported seeing three people in a white Chevrolet Blazer casing the neighborhood.

Deputies performing patrols of the evacuated homes responded to the area and found the vehicle with one suspect inside.

The other two suspects were found hiding inside a home in the 31400 block of Coralee Lane, authorities said.

The suspects have been identified as Deven Hooker, 31 John Blackwood, 42, and Michael Edward Serrano, 50. All three suspects are from Hemet.

All three were arrested and booked on charges including burglary and looting in an evacuated area.

The Fairview Fire has been burning for nearly a week now in the Hemet area. So far it has burned more than 28,000 acres and is 45% contained, according to Cal Fire.