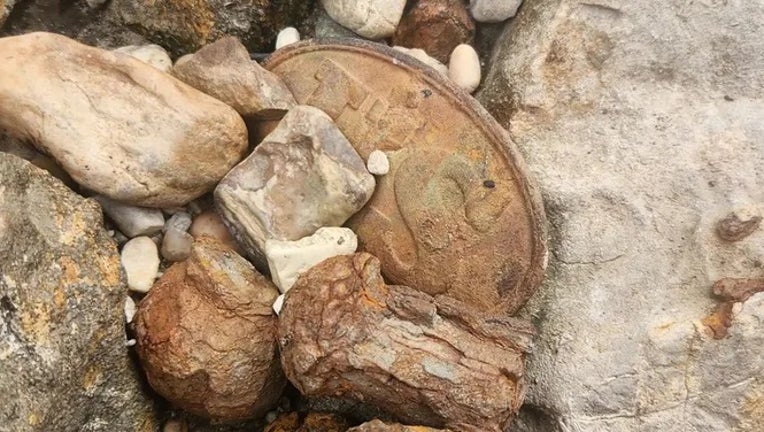 A Memphis, Tennessee, history lover and relics collector made a fascinating discovery along the banks of a drought-stricken Mississippi River.

With river levels at record lows, Riley Bryant said the artifacts — a Civil War-era Union army cartridge box plate and bullets — were just sitting there among the rocks under the I-55 bridge waiting to be picked up.

"I knew what it was as soon as I saw it laying there in the mud. That feeling of first seeing it is one I will never forget!" he told FOX TV Stations. "Using a metal detector to find an artifact is one thing, but seeing one just laying in the mud after 160 years is nothing short of amazing."

Bryant, a 21-year-old college student who’s been metal detecting and relic-hunting for more than 10 years, has collected and cataloged more than 75,000 artifacts from around the country.

"I've loved history since I was very young and I was always playing in the dirt growing up, so what better way to combine the two than by metal detecting and collecting these artifacts in a responsible manner and sharing their history with the public!" he said.

"Relic Riley" shares his finds with hundreds of thousands of followers on Instagram and TikTok, and also displays them at various artifact shows and history events around the U.S. One thing he never does, though, is sell them.

"The history behind them is worth far more to me than any money," he said.

Among his other treasures are complete Civil War muskets and a rare, 1789 button commemorating George Washington becoming the first U.S. president.

The Civil War remnants were found near the former site of Fort Pickering, a military post originally established by the Confederacy in 1861, but later seized by the Union army.

Just weeks before Bryant made his discovery, a Baton Rouge, Louisiana, resident was walking along the Mississippi River there and found a shipwreck that’s more than 100 years old, FOX Weather reports.

According to Louisiana state archeologist Chris McGimsey, it belongs to a ferryboat called the Brookhill, which started sailing in the late 1880s or early 1890s. It was originally 250 to 300 feet long. 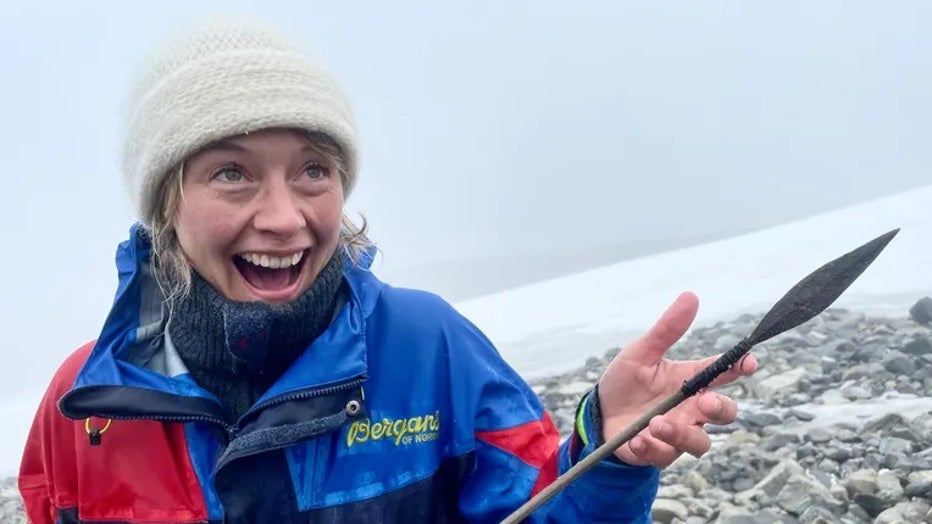 Explorers around the world are unearthing rare finds like Bryant’s, thanks in large part to the effects of climate change. For Bryant, it was a drought-stricken river. For archaeologists in Norway, ice sheets that have served as "prehistoric deep freezers" for thousands of years are melting, exposing ancient artifacts like an intact arrow used in the Early Viking Age some 1,500 years ago.

"Many of the artifacts that melt out are extremely well-preserved," explained Lars Holger Pilø, co-director for Secrets of the Ice in Norway. "It is like they are frozen in time. Now the ice is retreating, the artifacts melt out, the clock starts ticking and it is a race against time to find and rescue these incredible objects before they are lost."

FOX Weather contributed to this report.