Aaron Rupar was one of several journalists whose Twitter accounts were suddenly suspended earlier this week with Elon Musk citing 'doxxing' as the reason. Rupar spoke with LiveNOW from FOX's Josh Breslow the temporary ban and what happens next.

Musk wrote once he is able to back-fill the role, he would just run Twitter’s software and servers team, according to his tweet.

"I will resign as CEO as soon as I find someone foolish enough to take the job! After that, I will just run the software & servers teams," Musk wrote.

The response comes after millions of Twitter users voted in a poll that the billionaire created asking whether or not he should leave his current role as CEO.

Musk has taken a number of unscientific polls on substantial issues facing the social media platform, including whether to reinstate journalists that he had suspended from Twitter, which was broadly criticized in and out of media circles.

The polls have only added to a growing sense of tumult on Twitter since Musk bought the company for $44 billion, potentially leaving the future direction of the company in the hands of its users. 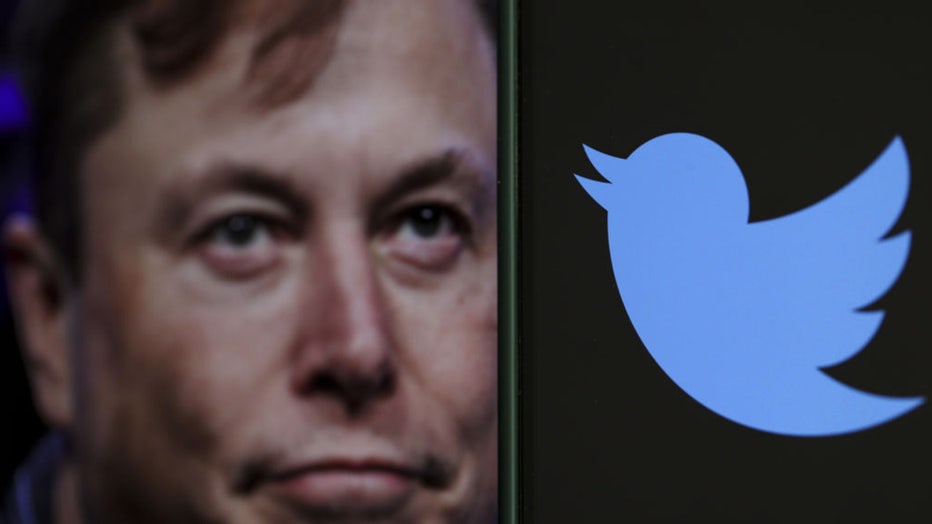 FILE - In this photo illustration, the image of Elon Musk is displayed on a computer screen and the logo of Twitter on a mobile phone. (Muhammed Selim Korkutata / Anadolu Agency)

Among those users are people recently reinstated on the platform under Musk, people who had been banned for racist and toxic posts, or who had spread misinformation.

Since buying Twitter, Musk has presided over a dizzying series of changes that have unnerved advertisers and turned off users. He's laid off half of the workforce, axed contract content moderators and disbanded a council of trust and safety advisors. He has dropped enforcement of COVID-19 misinformation rules and called for criminal charges against Dr. Anthony Fauci, the top U.S. infectious disease expert.

Early Monday, the tweets from Twitter’s ‘Support’ account and the Twitter blog announcing the "prohibitions" disappeared without explanation. Twitter no longer has a press office so it was not possible to ask why.

That decision had generated immediate blowback, including criticism from past defenders of Twitter's new owner. Musk then promised that he would not make any more major policy changes to Twitter without an online survey of users.

The action to block competitors was Musk's latest attempt to crack down on certain speech after he shut down a Twitter account last week that was tracking the flights of his private jet.

A growing number of Twitter users have left under Musk, or created alternative accounts on rival platforms and included those addresses in their Twitter profiles.

Musk has advocated for free speech on Twitter, but shut down the jet-tracking account, calling it a security risk. He used that to justify the decision last week to suspend the accounts of numerous journalists who cover Twitter and Musk, among them reporters working for The New York Times, Washington Post, CNN, Voice of America and other publications. Many of those accounts were restored following an online poll by Musk.

Musk said he never wanted to be the CEO of any company, preferring to see himself as an engineer.

In public banter with Twitter followers Sunday, Musk expressed pessimism about the prospects for a new CEO, saying that person "must like pain a lot" to run a company that "has been in the fast lane to bankruptcy."

"No one wants the job who can actually keep Twitter alive. There is no successor," Musk tweeted.