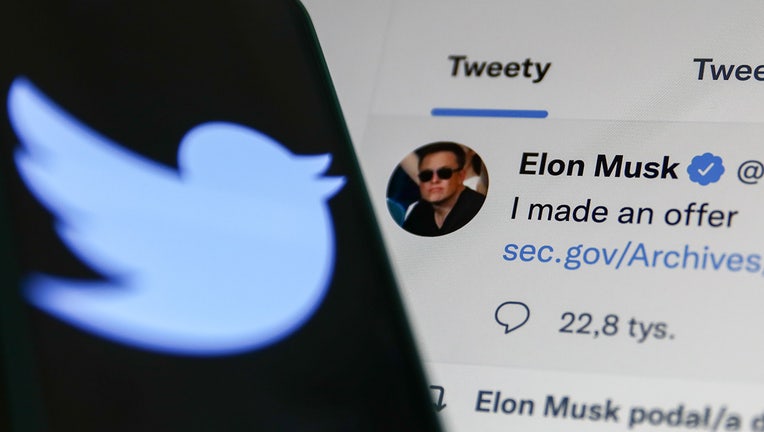 Elon Musk says he has lined up $46.5 billion in financing to buy Twitter, and he's trying to negotiate an agreement with the company.

Last week, Musk announced an offer to buy the social media company for $54.20 per share, or about $43 billion. At the time, he did say how he would finance the acquisition.

The Tesla CEO says Thursday in documents filed with U.S. securities regulators that he's exploring what's known as a tender offer to buy all of the social media platform's common stock for $54.20 per share in cash. Under a tender offer Musk, who owns about 9% of Twitter shares, would take his offer directly to other shareholders, bypassing the board.

But Musk hasn't decided yet whether to do that.

The documents say Twitter has not responded to Musk's proposal.

The filing states that "entities related to (Musk) have received commitment letters committing to provide an aggregate of approximately $46.5 billion."