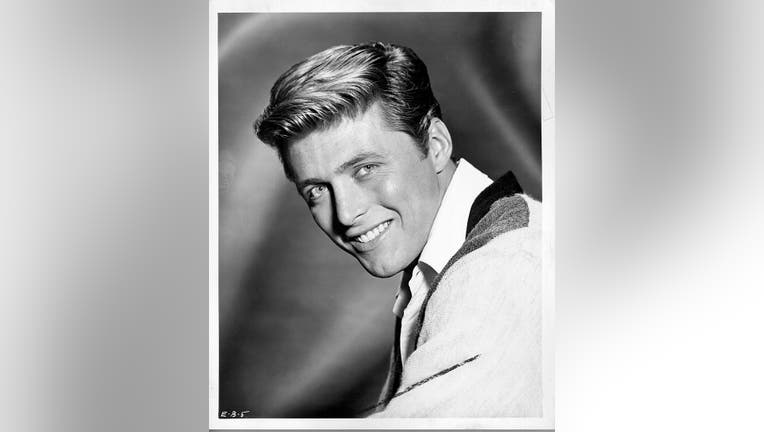 LOS ANGELES - Edd Byrnes, who played cool kid Kookie on the hit TV show “77 Sunset Strip,” scored a gold record with a song about his character’s hair-combing obsession and later appeared in the movie “Grease,” has died. He was 87.

Byrnes died Wednesday at his home in Santa Monica, his son, Logan Byrnes, said in a statement.

Byrnes, who was born Edward Byrne Breitenberger in New York City, came from a poor family. His alcoholic father died when he was 13

Byrnes worked a variety of jobs, but he yearned for an acting career.

At 17, he began to work as a photographer’s model and was drawn into male hustling with wealthy older men that introduced him to a “strange world” of “art, wealth, sadism, limousines, sex for money, theater and fine restaurants,” Byrnes wrote in his 1996 autobiography, “ ’Kookie’ No More.”

Still pursuing acting, in 1955 he drove to LA “with a few hundred dollars and a dream of making it big in the entertainment business,” his son wrote.

Byrnes was best known as Kookie on the private-detective series “77 Sunset Strip,” which ran from ran from 1958 to 1964. Byrnes played a hip parking attendant at a Hollywood nightclub who helped out with cases. He was known for his hipster lingo, including the catch phrase “Baby, you’re the ginchiest!”

The show made Byrnes a teen idol who at the height of his popularity received 15,000 fan letters a week.

“Kookie, Kookie (Lend Me Your Comb),” a novelty record he recorded with Connie Stevens, sold more than 1 million copies and rose to No. 4 on the Billboard Hot 100 chart in May 1959.

However, Byrnes chafed under a contract that cost him the chance of several roles in movies such as “Ocean’s Eleven.” He walked off the show in the second season, demanding a bigger part and better pay, and he didn’t return until 1960, when Kookie had become a partner in the detective agency.

Still yearning for larger parts, he bought out his Warner Bros. contract in 1963. He worked steadily but never again achieved the fame of his Kookie years.

He appeared in dozens of movies and on episodes of several TV shows, including “Fantasy Island” and “Murder, She Wrote.” In 1975, Byrnes was hired to host a new game show called “Wheel of Fortune” and filmed two pilots, but the job eventually went to Chuck Woolery.

In the 1978 John Travolta movie “Grease,” he played Vince Fontaine, the suave host of the “National Bandstand” TV dance show.

In his personal life, Byrnes struggled with alcohol and drug addictions for years before managing to kick them.

He was married to actress Asa Maynor from 1962 to 1971. The marriage ended in divorce.

In addition to his son, he is survived by his partner, Catherine Gross; a sister, Jo-Ann Breitenberger; and a brother, Vincent Breitenberger.