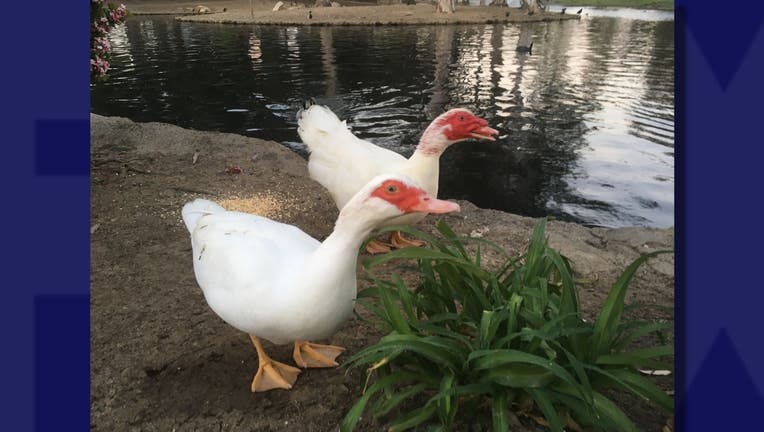 COSTA MESA, Calif. - Four ducks were shot and killed at TeWinkle Park in Costa Mesa over the last few days and more are missing, according to Wetlands & Wildlife Care Center of Orange County.

One male mallard, two Muscovy ducks, and one Pekin duck were found this week in the park after being shot multiple times, according to the center. The last time the ducks were seen alive was around 7 p.m. on Easter Sunday. Officials say there are several other ducks missing from the center that are also feared dead.

"The City of Costa Mesa is committed to protecting all wildlife living in our City," Costa Mesa Mayor John Stephens said in a statement. "I am saddened to hear about this animal abuse at TeWinkle Park. The City is taking measures to prevent this from happening again. Please report any information about these crimes to help our police officers hold the perpetrators accountable."

Debbie McGuire with the wildlife center told FOX 11, "The Wetlands and Wildlife Care Center… sees human-caused atrocities like this almost every day. But the magnitude of this senseless shooting makes it one of the more solemn events we have witnessed in recent memory." 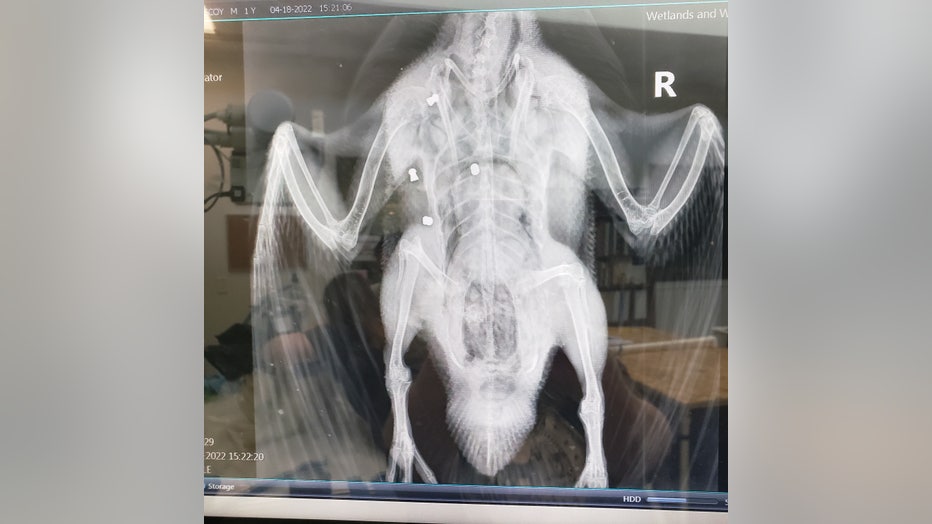 The x-ray of Grace the Muscovy duck, shot and killed at TeWinkle Park in Costa Mesa.

The wildlife center says it's assisting the Costa Mesa Police Department by x-raying and removing the bullets from the killed ducks.

Anyone with information is asked to call the Costa Mesa Police Department at 714-754-5252.