LOS ANGELES - The driver of a suspected stolen vehicle who led police on a slow-speed pursuit in West Los Angeles early Friday morning was taken into custody, officials said.

During the chase, the driver traveled along city streets and at one point, even drove over a sidewalk on Santa Monica Boulevard and into a neighborhood.

Around 5 a.m., the driver stopped the truck near Manning and Tennessee avenues and remained inside for a few minutes.

It was reported the officers used non-lethal ammunition to break out windows of the truck. 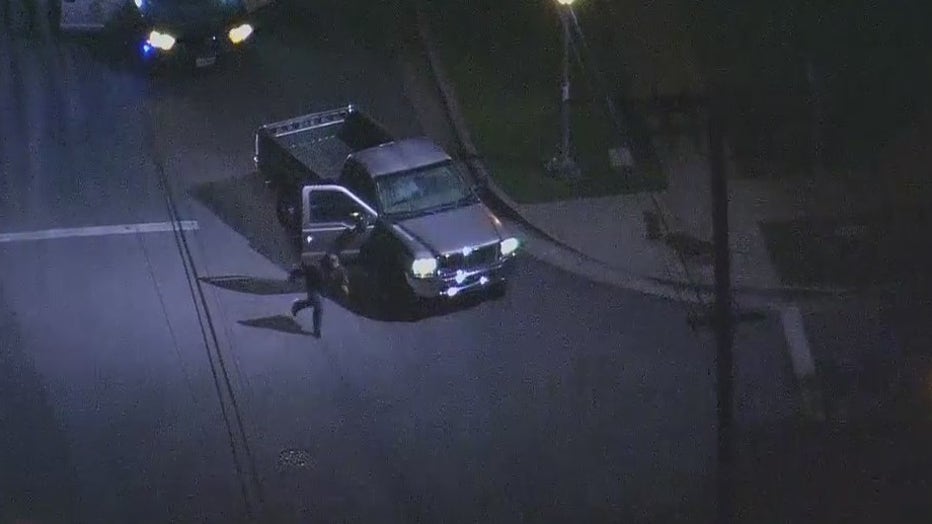 The suspect exited the truck and briefly appeared to comply with the commands of officers, then bolted into the neighborhood, running for about half a block before being chased down by officers.

The suspect’s name has not been released.