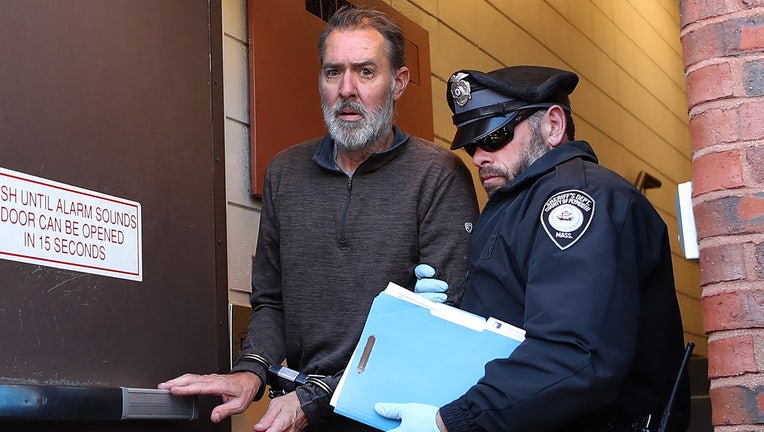 Bradley Rein, 53, of Hingham is led out of Hingham District court after his arraignment for crashing his SUV into an Apple store. (Photo by John Tlumacki/The Boston Globe via Getty Images)

HINGHAM, Mass. - A man was arraigned Tuesday on charges that he was reckless when he crashed his SUV through the front window of an Apple store in Massachusetts, killing one person and injuring 19 others, authorities said.

Bradley Rein, 53, was arraigned in district court in Hingham. Rein told police he was looking for an eyeglass store at a shopping center in the town of Hingham, southeast of Boston, when his right foot became stuck on the accelerator, according to court documents. He said he used his left foot to try to brake but couldn’t stop the vehicle, crashing through the front of the store, the documents say. Rein was wearing running sneakers.

Authorities say at least one person is dead and at least 16 people were injured. (Credit: WFXT)

Rein told police he had no medical issues that would impair his ability to drive and he had not consumed alcohol or drugs. A preliminary breath test showed a reading of 0.00%, according to the documents.

Rein was held on $100,000 bail and his next court date was set for Dec. 22. He was represented by a public defender at the arraignment. A phone message seeking comment on his behalf was left at the Committee for Public Counsel Service. 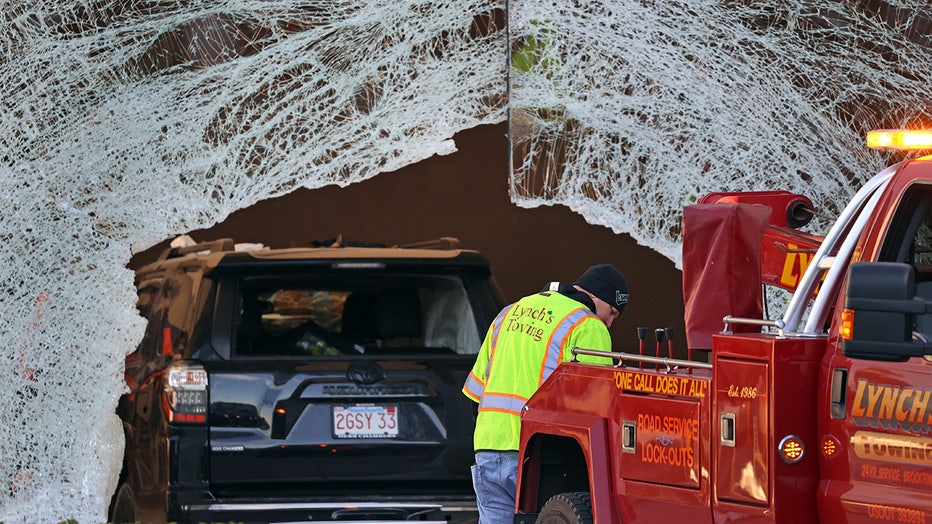 An SUV crashed into the Apple store at Derby Street Shops. The incident left one dead and at least 19 injured. (Photo by David L. Ryan/The Boston Globe via Getty Images)

PREVIOUS: One dead, up to 16 injured after driver crashes into Massachusetts Apple store

Rein was arrested Monday night after his 2019 Toyota 4Runner crashed into the store’s plate glass window and struck people in the morning, the documents say. The victim who died was identified as Kevin Bradley, 65, of New Jersey.

Apple released a statement saying it was "devastated by the shocking events at Apple Derby Street today and the tragic loss of a professional who was onsite supporting recent construction at the store."

The storefront window showed a gaping hole as first responders worked at the scene of the crash. The store opened about an hour before the crash.