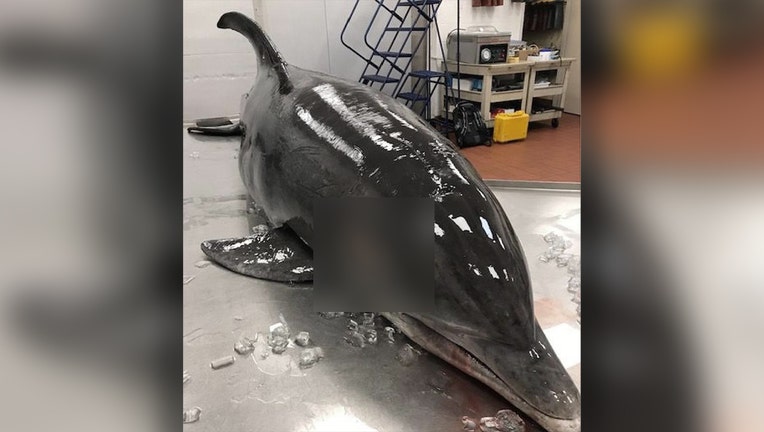 FORT MYERS BEACH, Fla. - Law enforcement officials are looking for information after a dolphin was found dead in Florida after being impaled in the head.

The National Oceanic and Atmospheric Administration (NOAA) said the dead dolphin was found on Fort Myers Beach on March 24 and recovered by the Florida Fish and Wildlife Conservation Commission (FWC). NOAA's law enforcement office said a necropsy on the dolphin revealed it was impaled in the head by a spear-like object while still alive.

The dolphin was a lactating female, and it appeared to have died from trauma, which happened at or around its time of death, according to NOAA.

READ: Dolphin dies after reportedly being harassed by Texas beachgoers

Law enforcement officials said they suspect the dolphin was impaled while in a "begging position." Begging isn't a natural behavior for dolphins and is usually associated with illegal feeding, officials said. 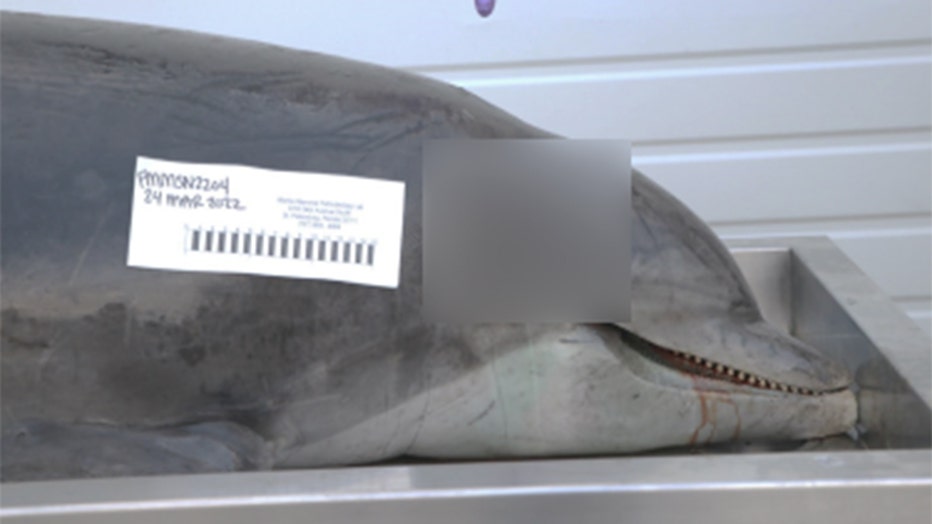 Courtesy of the Florida Fish and Wildlife Conservation Commission (FWC)

NOAA urges people to not feed or attempt to feed wild dolphins to prevent future harm to them. Dolphins fed by people can learn to associate food with people, boats and fishing gear, which can cause a harmful situation, wildlife officials said.

Since 2002, NOAA said at least 27 dolphins have stranded with evidence of being shot by guns, arrows or impaled by sharp objects. Harassing, harming, killing or feeding dolphins in the wild is prohibited under the Marine Mammal Protection Act, NOAA law enforcement officials confirmed.

Those who violate the law can face up to $100,000 in fines and up to one year in jail, officials said.

Anyone with information about the dolphin's death or the incident can call the NOAA Enforcement Hotline at (800) 853-1964. Tips can be anonymous.