Dolly Parton says her heart is broken after the death of country music legend and actor Kenny Rogers Friday night.

Rogers died at home in Sandy Springs, Georgia of natural causes, representative Keith Hagan told The Associated Press. According to Hagen, the singer was under hospice care.

Speaking on a video posted to Twitter, Parton said she couldn't believe it when she saw on the television Saturday morning that her friend had passed away. 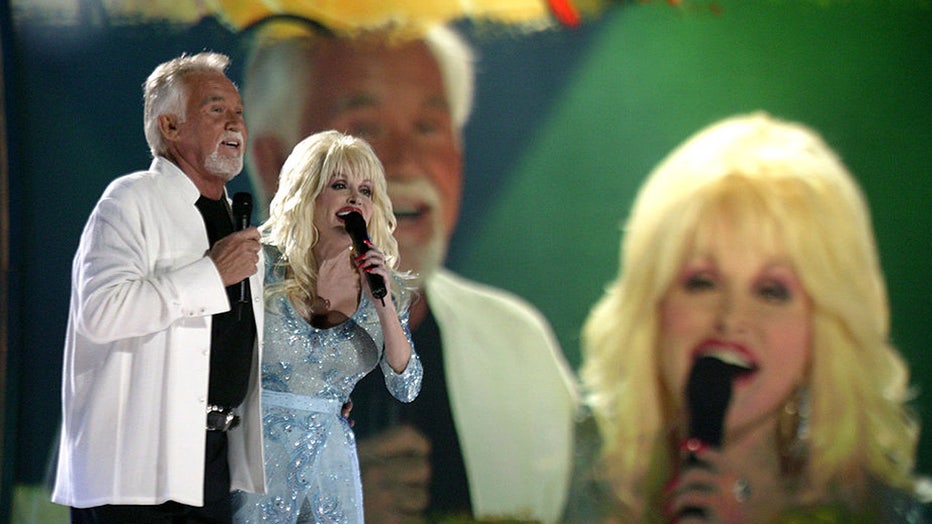 "I loved Kenny with all my heart," Parton said. "My heart's broken and a big old chunk of it is gone with him today."

With her voice breaking with emotion, Parton held up a photo of her and Rogers.

"God bless you, Kenny. Fly high straight to the arms of God," she said. "And to the rest of you, keep the faith."

Parton and Rogers were paired together for the hit song "Islands in the Stream" at the suggestion of the Bee Gees’ Barry Gibb, who wrote the song.

“Barry was producing an album on me and he gave me this song,” Rogers told the AP in 2017. “And I went and learned it and went into the studio and sang it for four days. And I finally looked at him and said, ‘Barry, I don’t even like this song anymore.’ And he said, ‘You know what we need? We need Dolly Parton.’ I thought, ‘Man, that guy is a visionary.’”

Coincidentally, Parton was actually in the same recording studio in Los Angeles when the idea came up.

“From the moment she marched into that room, that song never sounded the same,” Rogers said. “It took on a whole new spirit.” 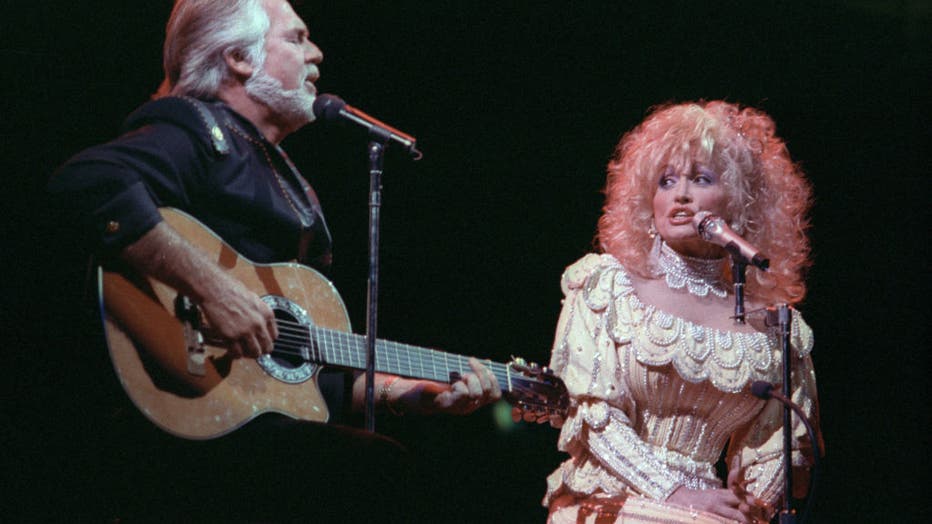 The two singers toured together, including in Australia and New Zealand in 1984 and 1987, and were featured in a HBO concert special. Over the years the two would continue to record together, including their last duet, “You Can’t Make Old Friends,” which was released in 2013. Parton reprised “Islands in the Stream” with Rogers during his all-star retirement concert held in Nashville in October 2017.

Rogers is survived by his wife, Wanda, and his sons Justin, Jordan, Chris and Kenny Jr., as well as two brothers, a sister and grandchildren, nieces and nephews, his representative said. The family is planning a private service “out of concern for the national COVID-19 emergency,” a statement posted early Saturday read. A public memorial will be held at a later date.