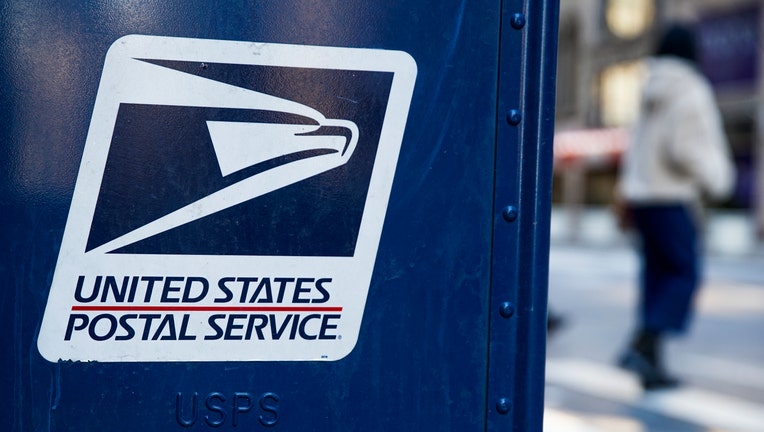 A USPS logo is seen on a mailbox on February 24, 2021, in New York City. (Photo by John Smith/VIEWpress via Getty Images)

NEW YORK - Several workers with the U.S. Postal Service were arrested in a credit card scheme that resulted in the loss of $1.3 million, according to a news release from the Department of Justice.

The group is accused of illegally using credit cards and identities to defraud several national financial institutions, credit card companies, and other major retailers. It’s believed they started the alleged criminal acts in December 2018 and carried them out until recently.

Prosecutors believe Mompoint, Foucault and Persaud stole the credit cards from the mail before they were delivered to the households while the others— known as "the Shoppers"— used the cards to buy goods at various stores including high-end retailers such as Chanel, Fendi, Hermes, and Dior.

Damus is accused of selling the stolen goods on his website LuxurySnob.com.

Foucault, Persaud, Mompoint, and Richards have been arrested while the others remain at large, according to the Justice Department.

"As alleged, the defendants engaged in a years-long scheme to manipulate credit card companies and major retailers across New York and New Jersey by stealing credit cards and using those cards to purchase, and subsequently sell, luxury goods," U.S. Attorney Damian Williams said in a news release. "The defendants took advantage of the public trust we place in U.S. Postal Service employees for their own financial gain."

The workers face several years in prison if found guilty.

"These nine defendants, three of which are postal employees, sought to enrich themselves by stealing mail directly from hundreds of postal customers," USPIS Inspector-in-Charge Daniel B. Brubaker said. "They further compounded their crimes by committing identity theft against those customers to facilitate their elaborate scheme to defraud several national financial institutions.  Make no mistake, the Postal Inspection Service will not allow thieves, no matter who they are, to use the U.S. Mail to harm postal customers or the financial institutions that serve them.  We are pleased the members of this criminal syndicate have been apprehended and their crime spree brought to an abrupt end."