WASHINGTON - U.S. federal law enforcement officers are prohibited from the use of chokeholds and carotid restraints — unless deadly force is authorized — and limited on the use of no-knock entries during a search warrant, the Department of Justice announced Tuesday.

"Building trust and confidence between law enforcement and the public we serve is central to our mission at the Justice Department," Attorney General Merrick Garland said in a statement. "The limitations implemented today on the use of ‘chokeholds,’ ‘carotid restraints’ and ‘no-knock’ warrants, combined with our recent expansion of body-worn cameras to DOJ’s federal agents, are among the important steps the department is taking to improve law enforcement safety and accountability."

Under the new department-wide policy, law enforcement is banned from chokeholds and carotid restraints unless the officer "has a reasonable belief that the subject of such force poses an imminent danger of death or serious physical injury to the officer or to another person," the DOJ said.

The carotid restraint, also called a sleeper hold, involves applying pressure to the sides of the neck with an arm, which can almost immediately block blood flow and render someone unconscious.

A no-knock warrant, as its name implies, is an order from a judge that allows police to enter a home without prior notification to the residents, such as ringing a doorbell or banging on the door. In most cases, the law requires that officers must knock and announce themselves before entering a private home to execute a search warrant.

The new DOJ policy generally limits the use of no-knock entries in connection with the execution of a warrant to situations where an agent "has reasonable grounds to believe that knocking and announcing the agent’s presence would create an imminent threat of physical violence to the agent and/or another person." The new policy is narrower than what is permitted by law, limiting its use to where physical safety is at stake.

If an agent suspects a threat to physical safety and seeks a no-knock warrant, they must first get approval from both federal prosecutors and a supervisory law enforcement agent, the DOJ said. 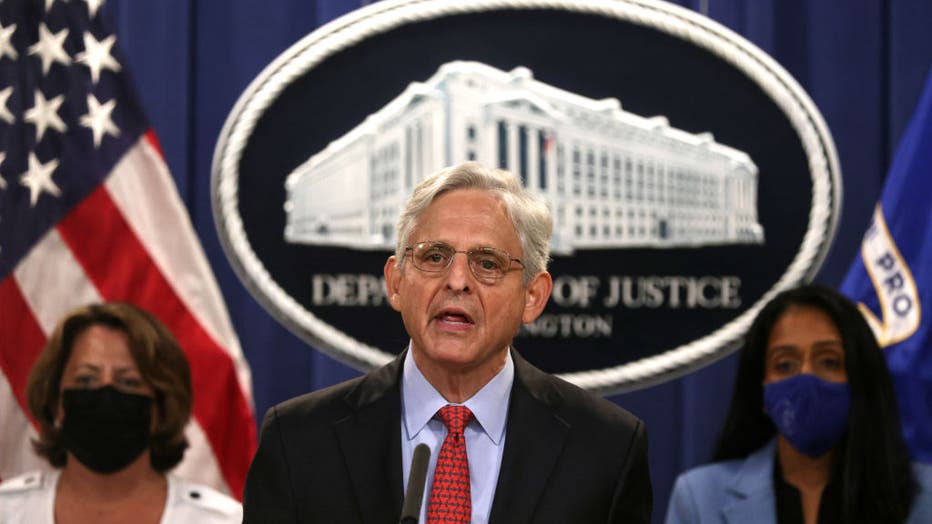 The sweeping new policies come more than a year after George Floyd, a Black man, was killed by a White Minneapolis police officer who pressed his knee into Floyd’s neck for several minutes even as he stopped moving and pleaded for air. Widely-shared video of the arrest sparked nationwide protests over racial injustice and prompted calls for police reform, including the use of such restraints.

Many police departments already ban the restraint or restrict its use to life-threatening situations.

The Minneapolis officer, Derek Chauvin, was convicted of murder and manslaughter in state court, and he and other officers also face federal criminal charges.

In another case from March of 2020, Breonna Taylor was fatally shot by police carrying out a no-knock warrant at her home in Louisville. The 26-year-old Black woman was an emergency medical worker who had settled in for the night when police busted through her door with a narcotics warrant. No drugs were found at her home.

Police generally seek a no-knock warrant if the situation might be extraordinarily dangerous or if a suspect is likely to destroy evidence when the police knock on the door. But critics have said their use has increased dramatically in recent years and some departments use them routinely in cases that don’t merit such an exception.

The Justice Department is opening a sweeping probe into policing in Louisville, Kentucky after the March 2020 death of Breonna Taylor, who was shot to death by police during a raid at her home. It's the second such sweeping probe into a law enforcement agency announced by the Biden administration in a week.

"As members of federal law enforcement, we have a shared obligation to lead by example in a way that engenders the trust and confidence of the communities we serve," Monaco said in a prepared statement. "It is essential that law enforcement across the Department of Justice adhere to a single set of standards when it comes to ‘chokeholds,’ ‘carotid restraints’ and ‘no-knock’ entries. This new policy does just that and limits the circumstances in which these techniques can be used."

The changes apply to federal agents who work under the DOJ, or local police departments who work with the DOJ through a joint task force in some cases.