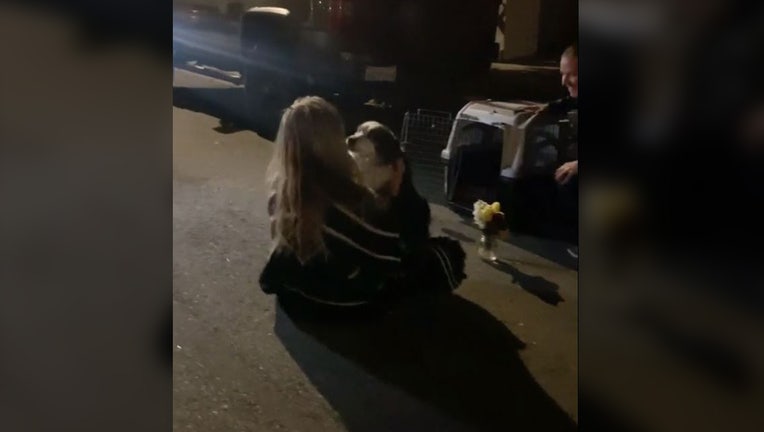 PALMDALE, Calif. - A dog stolen from his home in San Francisco last year is back with his owner on Tuesday after being brought to a Palmdale shelter as a stray.

Jackson, a miniature Australian shepherd, was stolen Dec. 14 about 8 a.m. from his home in the Bernal Heights area of San Francisco, according to Don Belton, public information officer for the Los Angeles County Department of Animal Control and Care, and a website dedicated to finding Jackson.

His family gave up hope for finding Jackson after months of searching, but on Monday, he was brought into the Palmdale Animal Care Center after someone found him and thought he was a stay, Belton said.

The center scanned his microchip and was able to contact his owner, identified as Ms. Talermo.

Talermo initially thought the call was a prank, but the center sent her a photo of Jackson, and she called friends in the area to pick him up.

Jackson and Talermo were reunited about 4 a.m. Tuesday, Belton said.

"It was an incredible experience! Everyone was so kind and empathetic towards the situation," Talermo said.

Los Angeles County Department of Animal Control and Care's Director Marcia Mayeda hoped this story would encourage everyone to microchip their pet and keep the registry information up to date.