VIDEO: Car stolen with dog inside in East Hollywood

Authorities say a dog is missing after it was left inside a car that was stolen in East Hollywood.

EAST HOLLYWOOD - A pet owner is searching for her dog after her car was stolen with the pup inside in East Hollywood.

According to a police report, Loki's owner, Tara Luhv, had parked her Honda Pilot outside Dance Refuge located at 1146 N. Vermont Avenue Saturday around 2 p.m. as her daughter attended a gymnastics class. 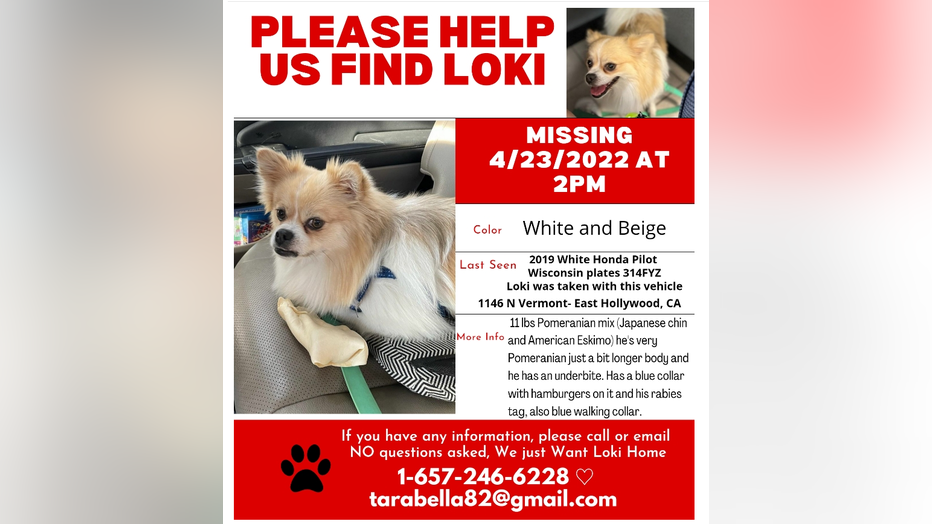 Luhv said she brought Loki with them and left Loki in the car with it running. During a short moment of distraction, that's when the suspect took the car with Loki inside.