Dog gets bitten by rattlesnake

SIMI VALLEY, Calif. - Spring Showers may bring more flowers, but they also bring out the rattlesnakes. That also means this could mean more calls to emergency vet clinics.

Usually, rattlesnake bites happen when dogs go on hikes, but for Charli, the cute Boston Terrier in our story, she got bitten in her own backyard. Her owner told FOX 11 that the pup isn't even allowed to roam in her backyard without a leash.

The rattlesnake, a young one, which usually means more potent venom, was hiding behind a garbage can, and attacked Charli quickly, right on top of the head.

Luckily, the dog had just gotten her rattlesnake vaccine (and booster), which gave her owner time to get the animal to the vet. As it was, the damage was substantial, as you can see in the image below. 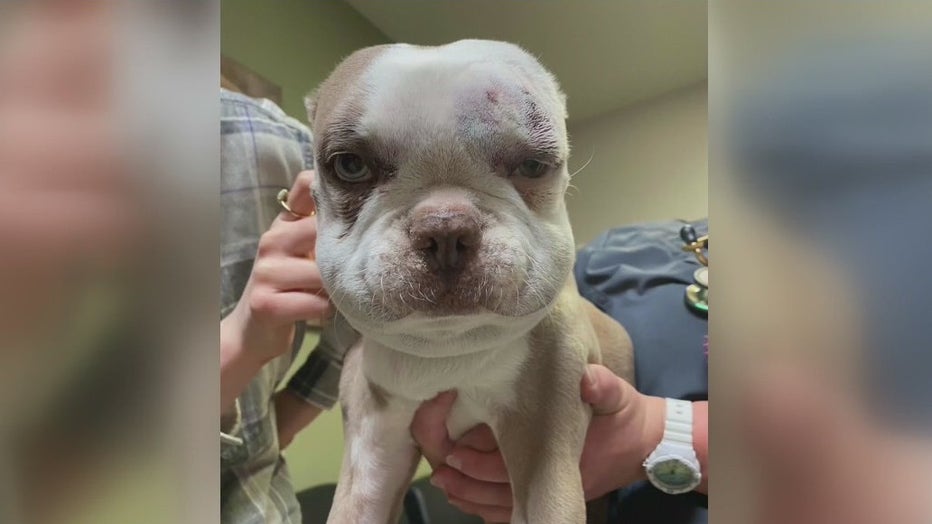 Veterinarians hustled and the poor animal was in and out of the hospital after a week. She is still swollen and barely beginning to act like the lively pup her family adores, but the prognosis is good.

But it's a good time to remind pet owners that snake season is here, with some suggestions:

It’s worthwhile to check around before anything happens and have the emergency contact information ready in case it happens. You don’t want to be calling around to find a place at the last minute.

Anti-venom treatments are expensive so consider pet insurance, if they cover it. By the time Charli’s treatment was done – and it did include issues like liver damage and other complications – it came to $15,000, which is common for the cost of the treatment the pup received.

Last but not least, keep in mind that rattlesnakes don’t set out to bite our pets. It’s usually the dogs that go sniffing near them. The snakes actually do a lot of good by eating rats and all kinds of other critters, and usually try to mind their own business.

If you run into one on the trail, try throwing rocks at it – that’s usually enough to get them to move away. Once they are coiled and ratting, that should be plenty of warning to keep yourself and your animals as far away as possible.