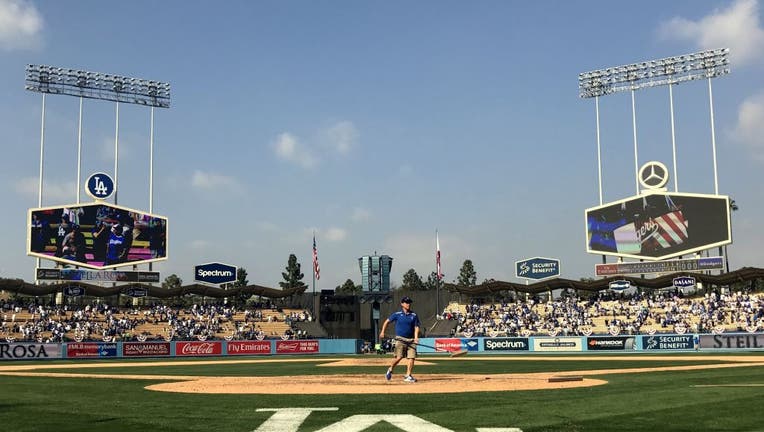 A view of the interior of Dodger Stadium after the Dodgers beat the Padres on opening day of the 2017 season April 3, 2017 with a score of 14-3 at Dodger Stadium in Chavez Ravine in Los Angeles, California. (Photo by Paul Chesne/Getty Images)

LOS ANGELES - Whenever the baseball season begins, Los Angeles Dodgers fans who subscribe to DirecTV and its subsidiaries will have access to the team’s regional sports network after a deal ended a nearly seven-year stalemate.

RELATED: All 30 MLB clubs to each pay $1 million toward ballpark workers during coronavirus delay

“Working together with AT&T, we were able to reach an agreement to offer the region’s most popular teams to local fans across AT&T’s video platforms,” said Dan Finnerty, senior vice president of Spectrum Networks.

The Dodgers launched their network in 2014, but faced pushback from pay TV providers over its cost, which kept the team’s games from being seen in most of Los Angeles. KTLA-TV stepped in to simulcast several games for the last four years.

During the coronavirus pandemic, SportsNet LA is airing original shows and studio programming as well as key games from recent years.

Once Major League Baseball and the NBA begin play, Dodgers and Los Angeles Lakers games will be available on all of AT&T’s video platforms.

Dodgers president and CEO Stan Kasten said, “I want to thank AT&T and Spectrum Networks for coming together on this agreement.”