LOS ANGELES - Police announced on Monday actress and comedian Tanya Fear was found safe after her friends and family launched a social media campaign and reported her missing in Hollywood. She is best known for her role in "Doctor Who."

The LAPD did not immediately release additional details but did say her family has been notified.

Friends and family said they had not heard from her since last week and they reported her missing Thursday. 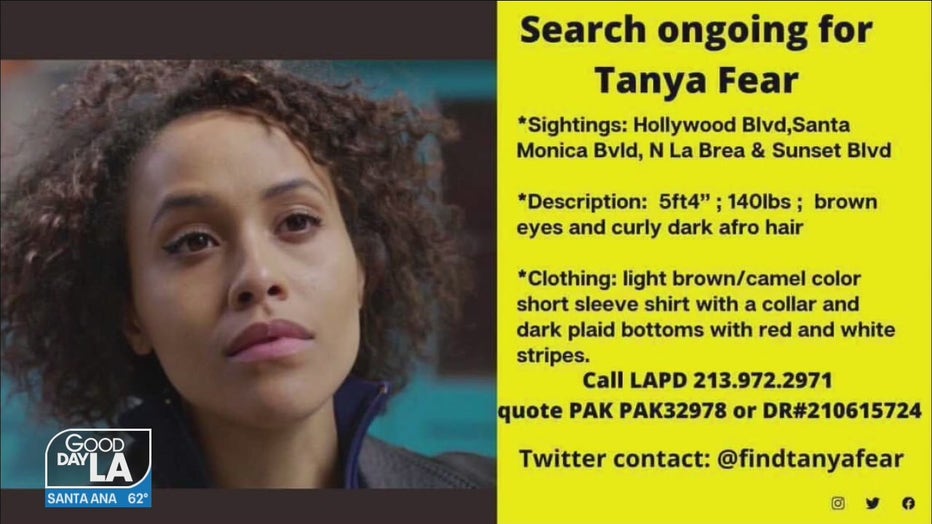 The actress, who lives near the Hollywood Bowl, had recently been on the comedy club circuit and according to her manager who spoke to her last week, she was in good spirits.

FOX 11’s Gigi Graciette spoke to Fear’s cousin who said the actress was seen at Trader Joe’s located near Santa Monica Boulevard and La Brea Avenue on Sunday. It was unknown if she was shopping inside the store or was spotted outside.

A social media campaign is underway to find British actress Tanya Fear who was last ween in Hollywood.

Anyone with any information is asked to contact the Los Angeles Police Department.