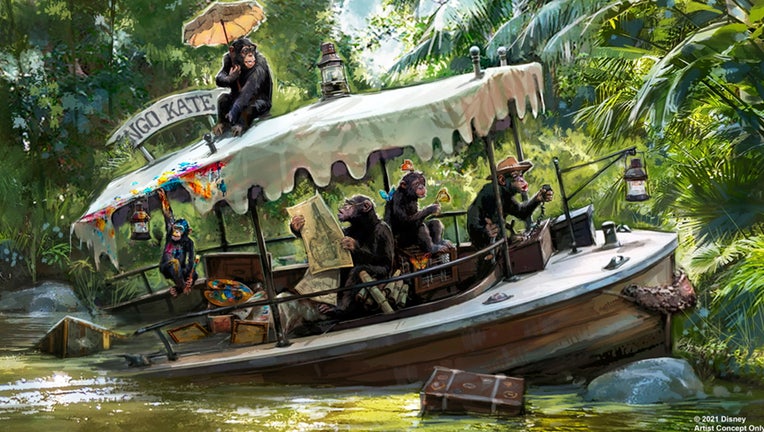 Disney Parks announced that it will be updating its "Jungle Cruise" ride at both Walt Disney World in Florida and Disneyland in California.

The Los Angeles Times reports that a number of changes will be made to the attraction to make it more inclusive and "less racially insensitive in its depiction of other cultures," including removing tribal caricatures and "negative depictions of native people."

RELATED: Walt Disney World could remain at reduced capacity until 2022

Some have criticized the Jungle Cruise ride as being racist due to its depictions of indigenous people in various scenes, including "Trader Sam." Skippers on the boats often say the dark-skinned man, seen holding a shrunken head and wearing tribal and straw clothing, will trade you "two of his heads for one of yours." 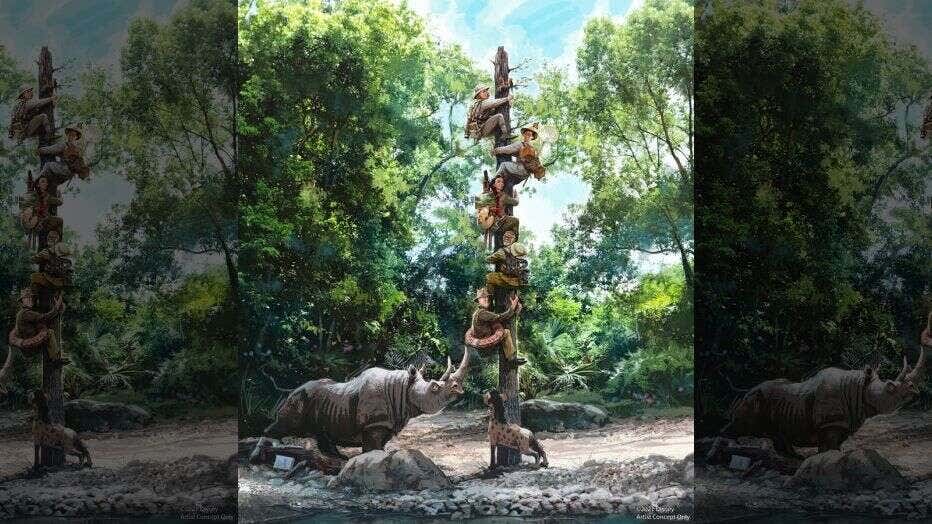 Disney says the updated Jungle Cruise will "stay true to the experience we know and love" but will also "reflect and value the diversity of the world around us."

Some of the new concept art shows a capsized Jungle Cruise boat taken over chimpanzees, followed by a revamped version of the trapped safari scene. The current scene features a white traveler atop a tree trunk, as "native safari guides" cling "in a more perilous position" with a rhinoceros below.

"With Jungle Cruise, we’re bringing to life more of what people love: the humor and wit of our incredible skippers, while making needed updates," said Carmen Smith, an executive at Walt Disney Imagineering, in a statement to the Los Angeles Times.

"We are constantly evaluating ways to enhance attractions and experiences in our parks. And when [guests] get off the attraction, they know that we have done our homework because these are the details that matter," said Chris Beatty, Walt Disney Imagineering Creative Portfolio Executive, in a new interview with D23, the official Disney fan club.

"When you look at the Jungle Cruise, as it is today, there are just a couple of scenes that don’t do that and needed a refresh... It’s the Jungle Cruise you know and love, with the skippers still leading the way, and at the same time, we’re addressing the negative depictions of ‘natives.’"

The Jungle Cruise isn't the only Disney attraction getting an update.

The iconic "Splash Mountain" at the Magic Kingdom will be rethemed to The Princess and the Frog, Disney announced last year.

Splash Mountain, which features the adventures of Br'er Rabbit, was based in part on the 1946 Disney film "Song of the South," which critics said was racist and offensive in its portrayal of African Americans.

"The retheming of Splash Mountain is of particular importance today," Disney said in its blog post announcing the ride changes. "The new concept is inclusive – one that all of our guests can connect with and be inspired by, and it speaks to the diversity of the millions of people who visit our parks each year."

Back in 2017, Disney revamped its "Pirates of the Caribbean" ride to remove the auction scene, which originally showed women being auctioned off as brides. One of the female figures being auctioned off was transformed into a pirate herself in the redesign.