A Detroit bus driver has been suspended after video was recorded that showed the driver getting into a brawl with an elementary school student all because the little girl wouldn't sit down.

DETROIT (FOX 2) - A Detroit bus driver has been suspended after a video was recorded that showed the driver getting into a brawl with a 7th-grade student all because the girl wouldn't sit down.

The shocking video was recorded Tuesday on a bus in Detroit and was confirmed with the Detroit Public Schools Community District, which said the driver has been removed and may face termination.

"The evilness in her eyes that I (saw) when she was attacking her, I just felt so helpless," said Krissey Coakley, the girl's mom. "And I just felt so sorry for my child."

The mother says her 12-year-old daughter was the victim of a vicious attack by the bus driver.

"I don't think she knows how she is," Coakley said. "She is just quiet and she just looks sad."

It happened this week near the Carver STEM Academy, a Detroit Public School on the city's west side.

According to the girl's family, the 12-year-old girl was waving at her brother out of the window of the bus and the driver tapped her on the shoulder and told her 'sit her a-- down'. Coakley said the girl called the driver out for swearing and that's when she says the driver started hitting her child.

"I thought it was a fake video, when the family contacted me last night," said attorney Lillian Diallo.

Diallo has been hired by the family to represent them and says that the driver also bit the girl in the face during the altercation.

"It was such a vicious attack," Diallo said. "How does a grown woman bite a child? Not just the beating part, you bit her in her face."

But, the bus driver says the child refused to sit down and said the child went to the front of the bus and actually swung first.

"That is not true," Diallo said. "Now listen here. They are wrong for even saying something like that."

Regardless, the bus driver has been suspended, according to this statement from DPSCD:

"A fight occurred (Tuesday)  on a contracted Trinity bus involving a student and the driver. The driver was removed from DPSCD service and may face termination through the bus contractor, Trinity. The incident is also under police investigation by the DPSCD Police Department."

"I pray for her," she said. "Something is psychologically wrong with her to be able to do that."

She says her daughter is beaten up and bruised - afraid to go to school. 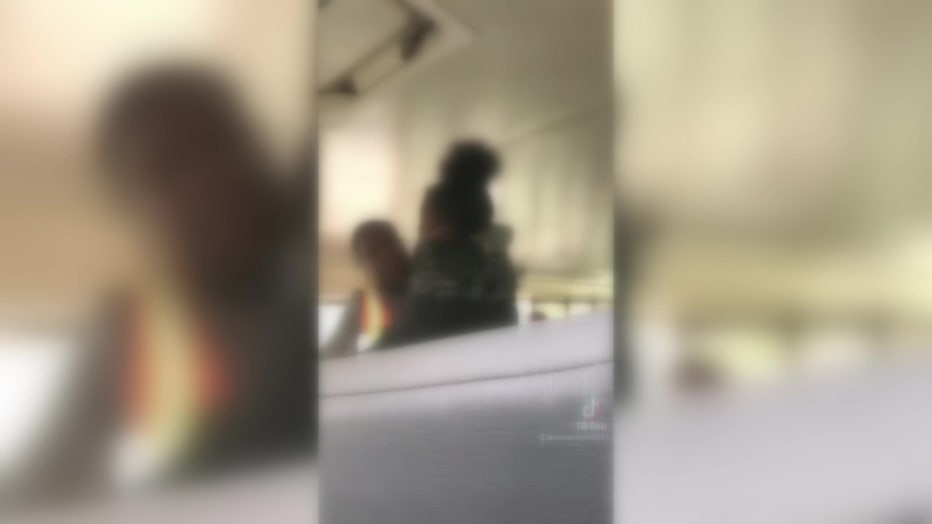 A Detroit School bus driver has been suspended after video showed her brawling with a 7th-grade student this week.