California's rainy season has three more months to go, and so far the Sierra snowpack, which is critical for the state's water supplies, is in good shape.

Still, it’s too early to determine whether California will see enough rain and snow in the months to come to put a dent in the drought.

The state is "definitely not out of the woods quite yet," said Sean de Guzman, manager of the snow surveys and water supply forecasting for the California Department of Water Resources. 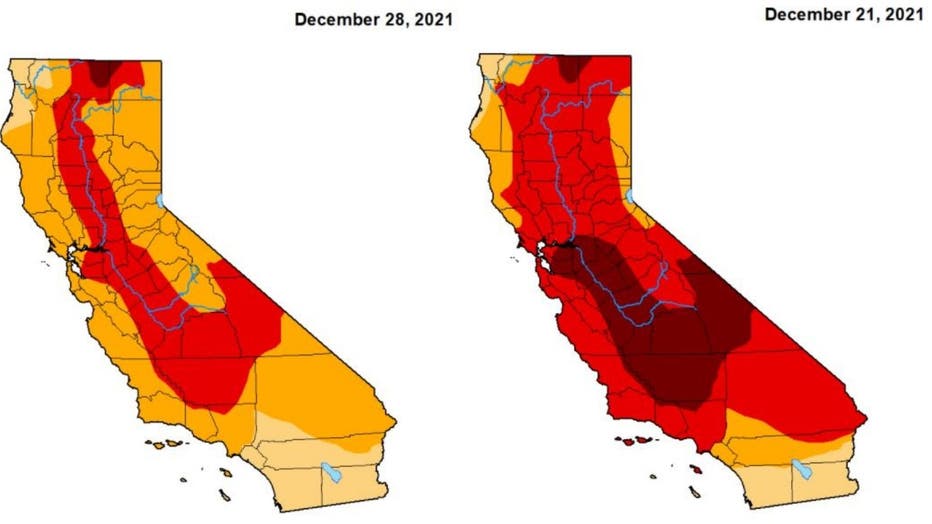 About a third of California’s water supply comes from snow as it melts and flows down from the Sierra Nevada and the Shasta-Trinity mountain range in northern California.

California just finished its second-driest year on record and many of the state’s reservoirs that supply water for tens of millions of people are at historic lows. But several powerful storms swept through the state this month, dumping snow and causing some road closures and major disruptions.

The storms made for a far more positive snow reading than last December, when water levels in the snowpack were at just 52% of the historical average.

Snow swept across the shoreline of Lake Tahoe as record-breaking winter weather continued to impact much of Northern California. Credit: Lake Tahoe Visitors Authority via Storyful