Derek Chauvin sentenced to 22.5 years in prison I NewsNOW from FOX

Judge Peter Cahill sentenced former Minneapolis police officer Derek Chauvin to 22.5 years in prison for the murder of George Floyd. Chauvin will get credit for 199 days served in prison.

CHICAGO - Former Minneapolis police Officer Derek Chauvin has been sentenced to more than 22 years in prison for the murder of George Floyd. But it's not clear yet what Chauvin's experience will look like.

Since his April conviction, Chauvin has been held at the state’s only maximum security prison, in Oak Park Heights.

That’s unusual — people don’t typically go to a prison while waiting for sentencing. Chauvin is there for security reasons.

Most state prisons have a unit to separate inmates from the general population for safety or security.

But Oak Park Heights has what the Department of Corrections calls Minnesota's "most secure" unit to separate individuals from others in the prison for disciplinary or security reasons. 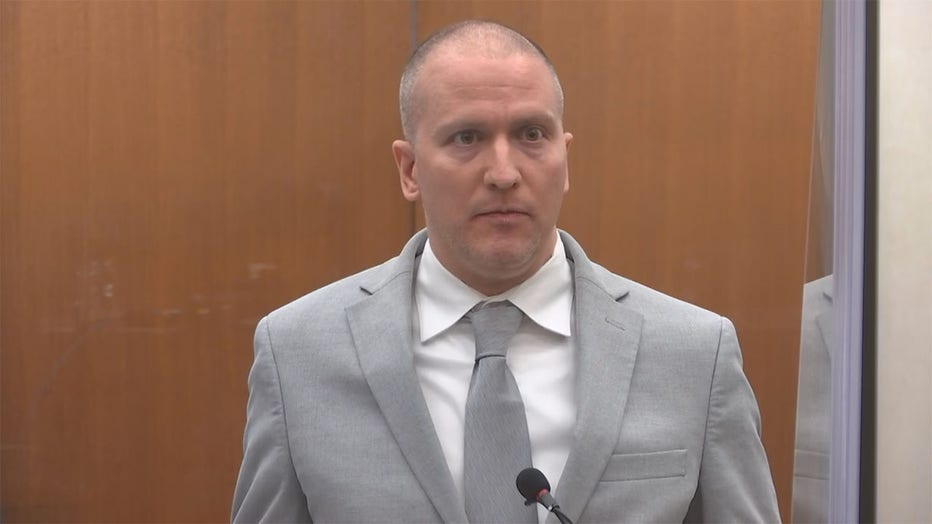 HOW DOES THAT UNIT OPERATE?

Photos provided by the state show an empty cell in that unit has white cinderblock walls, slim rectangular windows, a metal toilet and sink and a thin mattress on a fixed bedframe.

Chauvin has been kept there for security since his conviction, alone in a 10 foot-by-10 foot cell that is monitored by corrections staff via camera and in-person checks. He has meals brought to his room and is allowed out for solitary exercise for an average of one hour a day.

Department of Corrections spokeswoman Sarah Fitzgerald said Chauvin is allowed a maximum of 10 photos, a radio and canteen food. He also can subscribe to periodicals and have three or fewer non-contact visits each week.

She said prison also uses a paid system that allows people to receive emails, which are printed out and provided to the recipient.

Fitzgerald said Chauvin returned to the unit at the maximum security prison following his sentencing on Friday.

She said his ultimate placement hasn't been determined, "but his safety will be our predominate concern when determining final placement."

With good behavior, Chauvin could get out on parole after serving two-thirds of his sentence, or about 15 years.