PARAMOUNT, Calif. - Deputies were in a standoff Thursday morning with a suspect following a pursuit in the Paramount area who appeared to have lit his vehicle on fire.

Lakewood deputies were in surveillance mode of a suspected armed arson suspect. The driver traveled through surface streets in the Lakewood and south Los Angeles area ending in Paramount.

At one point the driver was on the 710 Freeway.

Deputies in standoff with suspected arson suspect in Paramount

The driver eventually came to a stop at San Jose Ave and Myrrh Street in Paramount. Deputies unsuccessfully tried to get the driver to exit the vehicle, leading to a standoff.

During the standoff, deputies were able to see flames coming from the passenger seat. 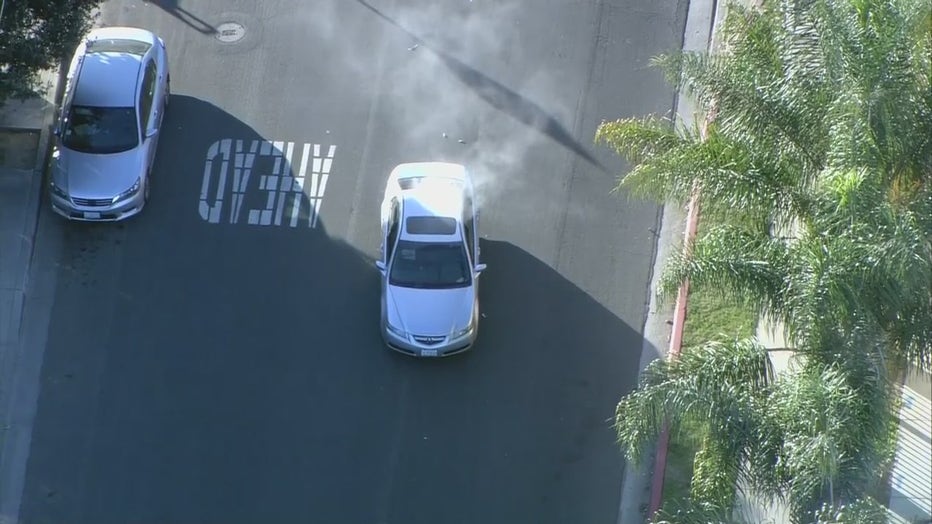 Deputies approached the vehicle and used a fire extinguisher to put out the fire. They have also used non-lethal rounds to break the window of the vehicle. 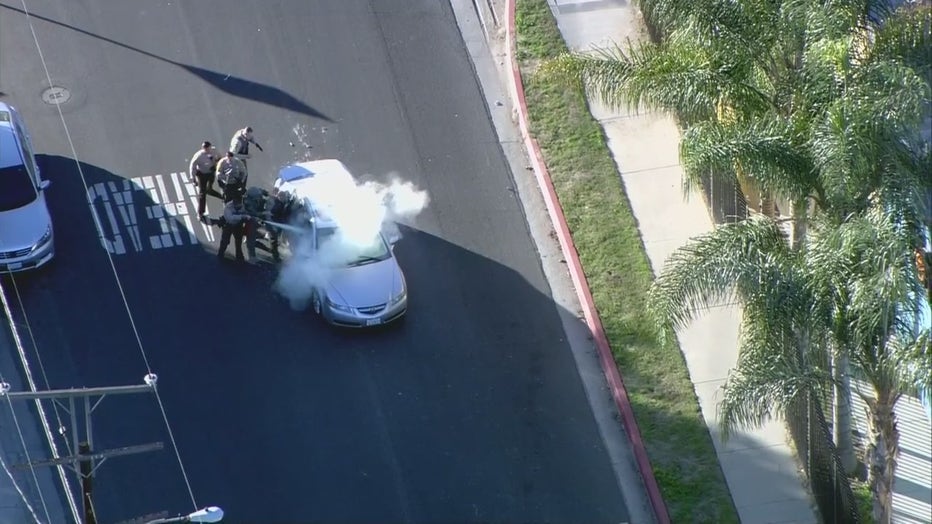 It was unclear if the suspect was injured.

The suspect remained inside the car, however, and the standoff continued for nearly two hours afterward.

Around 10:45 a.m., the suspect exited his vehicle and was taken into custody. 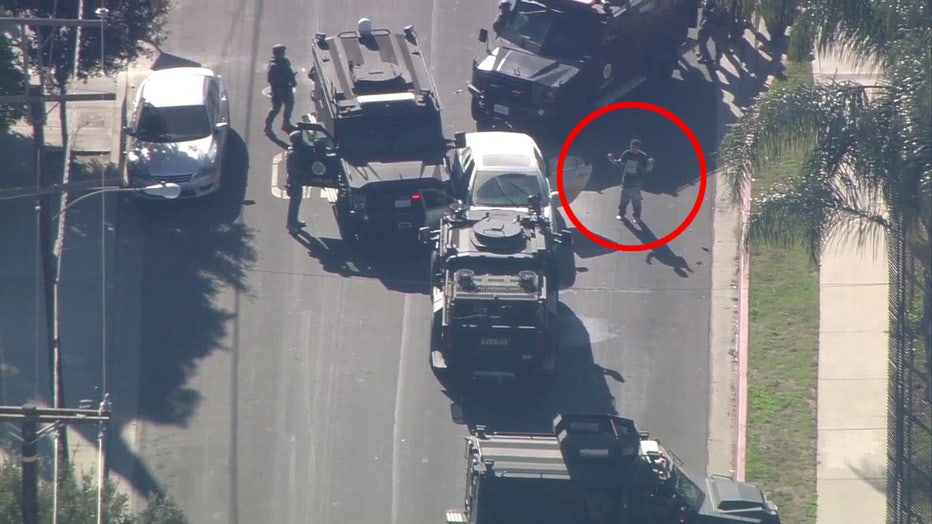 The 28-year-old suspect has not been publicly identified. It is unclear what charges he faces.