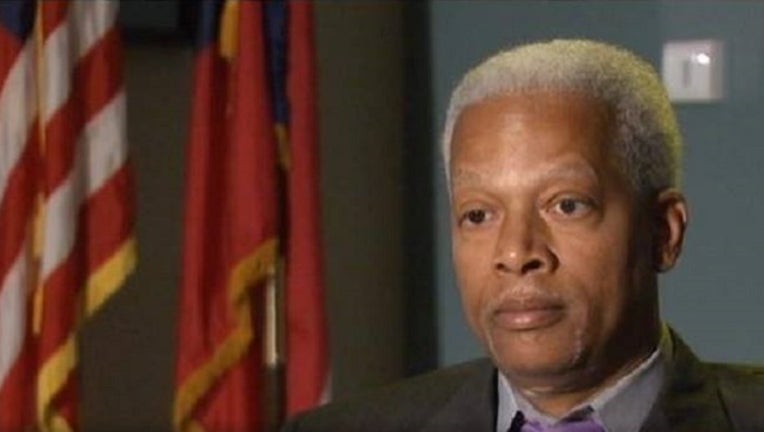 "In the spirit of my dear friend and mentor – the late Congressman John Lewis – I was getting in #goodtrouble," Johnson said in a tweet with a video of himself in handcuffs.

The 66-year-old Georgia congressman was surrounded by other protestors detained by Capitol police who chanted, "Whose street? Our street. Whose house? Our house."

Johnson gave a speech at the voting rights rally in front of the Supreme Court, where he was joined by other members of the Congressional Black Caucus including Democratic Reps. Jamaal Bowman of New York, Emanuel Cleaver of Missouri, Troy Carter of Louisiana, Jackson Lee of Texas, and Al Green of Texas.

The group of protestors then marched over to the Senate office building to protest in front of the entrance while chanting, "This is what democracy looks like."

"It was also in response to voter suppression bills and laws throughout the county, including Georgia, that target students, the elderly, and people of color," his office told Fox News.

All individuals were charged with "Crowding, Obstructing, or Incommoding."

Johnson is now the second Democratic House member to be arrested this month, following the arrest of Rep. Joyce Beatty, D-Ohio, on Jul 15.

Beatty was taken into custody with eight other protestors over "illegal demonstration activity" in front of the Hart Senate building.

"I stand in solidarity with Black women and allies across the country in defense of our constitutional right to vote," Beatty said in a statement. "We have come too far and fought too hard to see everything systematically dismantled and restricted by those who wish to silence us."

House Democrats and civil rights activists have called on the Senate to pass the "For the People Act" and the "John Lewis Voting Rights Advancement Act" to counter what they argue are targeted attacks against minority voters by the Republican Party.

Republicans say their opposition to the federal legislation and their efforts on voting bills in the states are an attempt to prevent voter fraud.