Jakare McKellar had just started a new job and was excited to be turning 20 later this month. He was gunned down in front of a DeKalb County Food Mart on Flat Shoals Road late Wednesday night.

DECATUR, Ga. - Police are searching for a gunman in a deadly shooting outside of a DeKalb County food mart Wednesday night.

Now the 19-year-old victim's grandmother is speaking out about her loss.

The 19-year-old was outside a Food Mart on 3800 block of Flat Shoals Parkway, just outside of Interstate 285, when he was gunned down late that night.

Police on the scene didn't say much about the investigation. McKellar's family tells us a car drove up and someone started shooting, killing the young man. No arrests have been made. 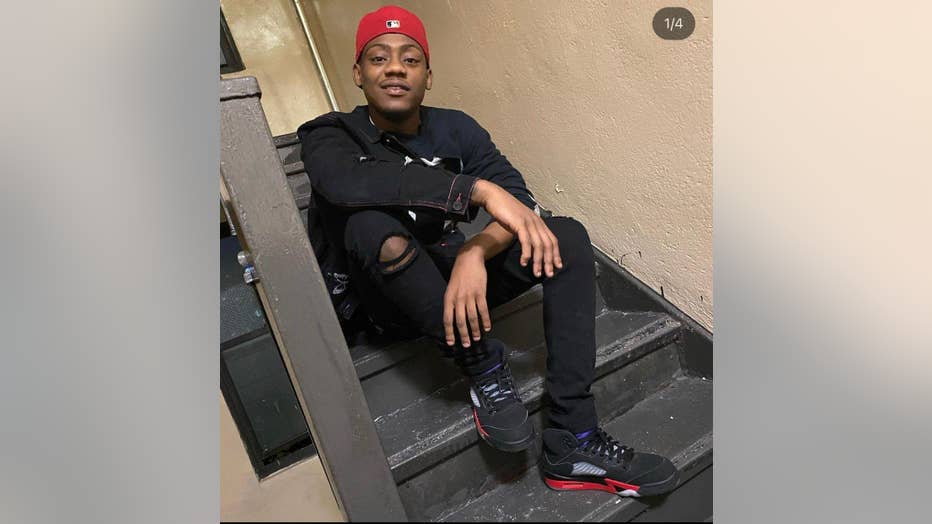 Jones says McKellar was checking his phone on her couch when she went to bed. Less than 2 hours later she heard banging at the door. Three young men told her Jakare had been killed at the store. She rushed out, only to find the grandson she had raised from the age of 5 months dead in the parking lot.

Jones tells FOX 5 that McKellar would've turned 20 later this month. Just yesterday, he had started a new job at a warehouse and was excited to make $19 an hour. In fact, the last thing Jones said to McKellar was to make sure he got enough sleep so he wouldn't be late for work.

Sadly, this isn't the first life lost at the store. Back in March, a double shooting left one man dead and another person critically injured. Now Jones wants the place closed down before another family is left grieving.

If you have any information on the shooting, please call DeKalb County police.