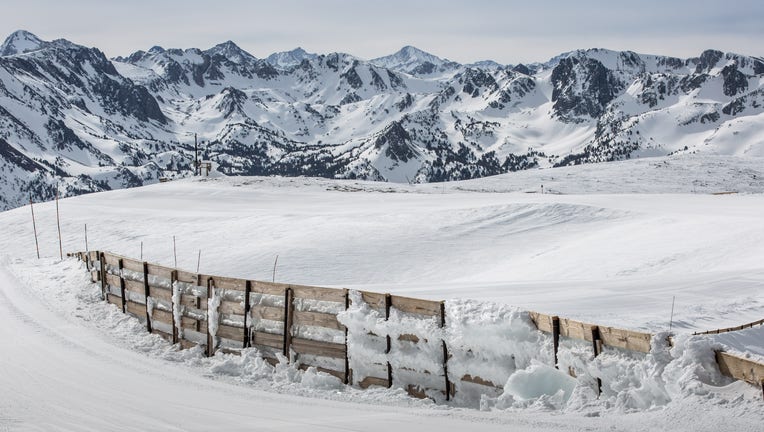 PHILLIPS STATION, Calif. - December storms gave California a promising snowpack despite a slow start, state water authorities said Thursday after conducting measurements to determine how much vital runoff can be expected to flow into reservoirs this spring.

Statewide, the amount of water contained in the snowpack — known as snow water equivalent — was 9.3 inches (23.6 centimeters), or 90% of the Jan. 2 average, the Department of Water Resources said.

The snowpack is measured manually and by electronic sensors at numerous locations.

At Phillips Station in the Sierra Nevada south of Lake Tahoe, the traditional first manual reading of the winter found a snow depth of 33.5 inches (85 centimeters) and a snow water equivalent of 11 inches (27.9 centimeters), said Sean de Guzman, the department’s chief of surveys and water supply forecasting.

That amounted to 97% of the January average and 44% of the April 1 average there, he said during a news conference against a white, snow-laden backdrop.

Phillips Station is the location where former Gov. Jerry Brown famously stood in a parched brown field on April 1, 2015, and ordered cities and towns to cut water use by 25% due to a drought that would not be declared over until 2017.

About 75% of California’s annual precipitation occurs from December through February, mostly from atmospheric rivers which are long plumes of moisture originating far out in the Pacific Ocean. The snowpack supplies about 30% of California’s water when it melts.

The current “water year” got off to a slow start with a dry October and early November but “fortunately December came in right about average,” said Michael Anderson, state climatologist.

“We experience fantastic variability here in California, not only year to year but within the year,” Anderson said. “Last year we were a little drier than this but had an amazing February that pushed us into one of our larger snowpacks.”

Anderson said that variability makes it difficult to say what the snowpack will be like by April.

“Water conservation is a way of life in California,” he said.

Anderson also noted that a single atmospheric river storm can bring “a fantastic amount of water in a very short time and change conditions in a hurry.”