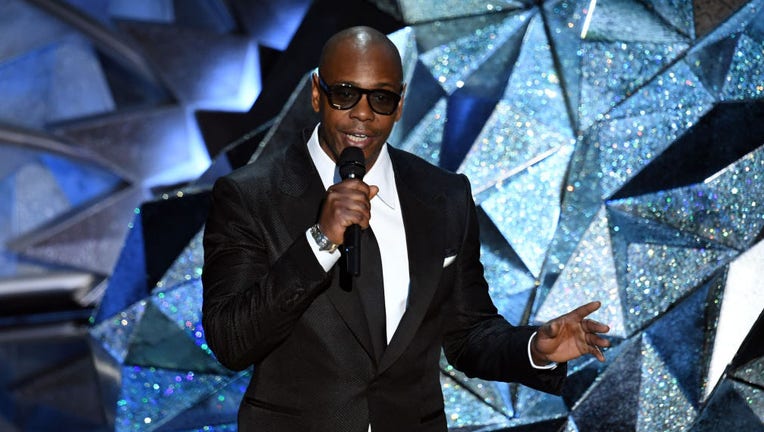 BUFFALO, N.Y. - In the aftermath of the deadly shooting at a Buffalo supermarket last month, sports teams, charities, and others are providing support to the community, and comedian Dave Chappelle is now stepping in to help.

Chappelle hosted relatives of the Buffalo shooting victims at his show Sunday at Shea’s Performing Arts Center in Buffalo, according to multiple media reports.

The entertainer announced that he would donate ticket sales from his show to the families of the victims killed in the shooting at Tops Supermarket. Kevin Sweeney, Shea’s director of marketing and communications, confirmed Chappelle’s comments to FOX Television Stations on Tuesday.

On May 14, a white 18-year-old wearing military gear and livestreaming with a helmet camera opened fire with a rifle at the supermarket, killing 10 people and wounding three others in what authorities described as "racially motivated violent extremism."

Police said Payton Gendron shot 11 Black and two white victims before surrendering to authorities in a rampage he broadcast live on the streaming platform Twitch.

Following the shooting, players and staff from the Buffalo Bills, the NHL's Buffalo Sabres and the Buffalo Bandits professional lacrosse team arrived at the scene of the attack and laid flowers, served food and handed out groceries in the community.

The Buffalo Bills Foundation said last month it would donate $200,000 to relief efforts, an amount that will be matched by the NFL Foundation, the team said on Twitter.

The Buffalo shooting was one of several mass shootings that has left the nation grieving and searching for answers. On May 15, a person was killed and five others were injured in a shooting inside a church in Laguna Woods, California.

A little over a week later, an 18-year-old shot and killed 19 children and two adults at Robb Elementary School in Uvalde, Texas on May 24. And last week, a 45-year-old man killed his surgeon, another doctor and two other people in Tulsa, Oklahoma on June 1. Authorities said the shooter recently had an operation and blamed his doctor for his back pain.

Parents of victims and survivors of the mass shootings in Buffalo and Uvalde will appear before a House committee next week as Congress debates gun control measures.

The panel for the hearing will include the mother of a 20-year-old man shot in the Buffalo supermarket, as well as the parents of a 10-year-old girl shot and killed in her elementary school in Uvalde, Texas. The announcement from the House Oversight panel comes as the committee launched an investigation into five leading manufacturers of the semi-automatic weapons used in the recent shootings.