A young basketball player is accused of punching another player during a game earlier this week in Garden Grove. Now there's new video of another fight and attorneys say she was involved in this one too.

GARDEN GROVE, Calif. - The daughter of a former NBA player was seen on video sucker punching another girl during a basketball game in Garden Grove.

Ham was on defense when the other girl missed a three, they get wrapped up for a moment, then head down the court when out of nowhere the girl punches Ham.

"Once her teammate showed me the clip, I was absolutely horrified, shocked, just completely disgusted by what I saw," said Lauryn’s mom Alice Ham.

She says her daughter suffered a concussion.

She also says in the video you can hear the girl’s mother instruct her to throw the punch.

"The mother on the video can be heard saying ‘you need to hit her for that,’" Ham stated.

"Besides just the horrendous and violent actions of the player, the mother instructing her to go and hit another player, I mean that’s behind outrageous," said Kevin Hahn, an attorney representing the Ham family. 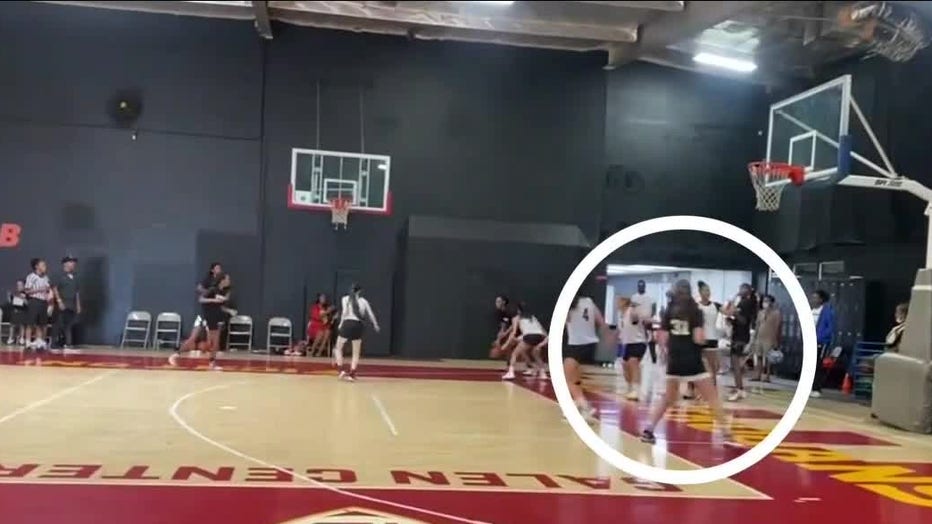 There is now new video, which shows Benjamin’s daughter throwing punches at another player during a tournament in September.

An attorney representing Corey Benjamin’s daughter released the following statement
"My client and her family are deeply and sincerely remorseful. This is a unfortunate incident involving a very hard working and promising student athlete. We must keep some perspective and keep in mind that this is a young minor who has made a mistake," – Brett Alan Greenfield.