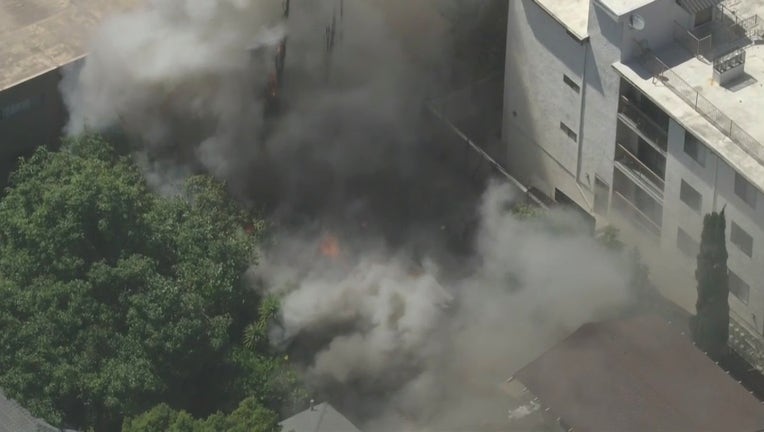 Crews are responding to a garage fire in Hollywood. (FOX 11)

The Los Angeles Fire Department responded to a call of a fire at a detached garage unit in the 1300 block of North Vista Street. The fire was taken down minutes after 44 crew members arrived at the scene.

No one was hurt from the fire, LAFD said.

The cause of the fire is under investigation. Officials did not give an estimate of the damage caused by the fire.