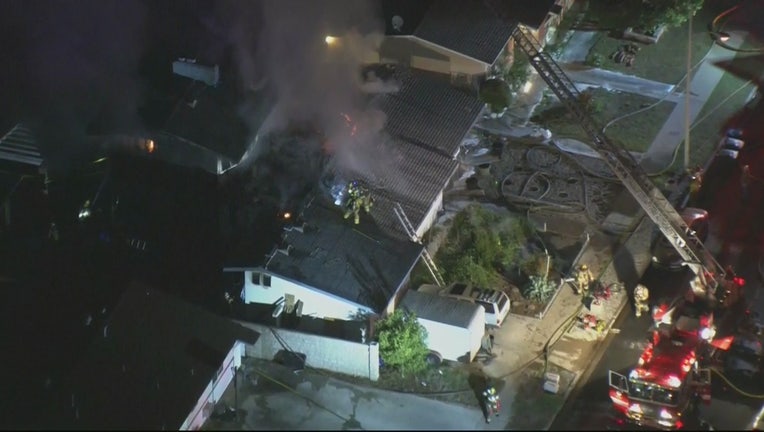 (FOX 11) - A fire tore through a single-family house Wednesday in the unincorporated Midway City section of Orange County near Westminster, sending two men to a hospital for treatment of smoke inhalation.

The fire was reported at 8:30 p.m. in the 14000 block of Riata Street, according to Orange County Fire Authority Capt. Steve Hurdle.

The blaze was brought under control by 9:38 p.m., Hurdle said.

No firefighters were injured.

The damage was "pretty extensive,'' according to Hurdle.

An estimated monetary loss was being tabulated and the cause of the fire was under investigation. The condition of the home's two occupants was not immediately available.