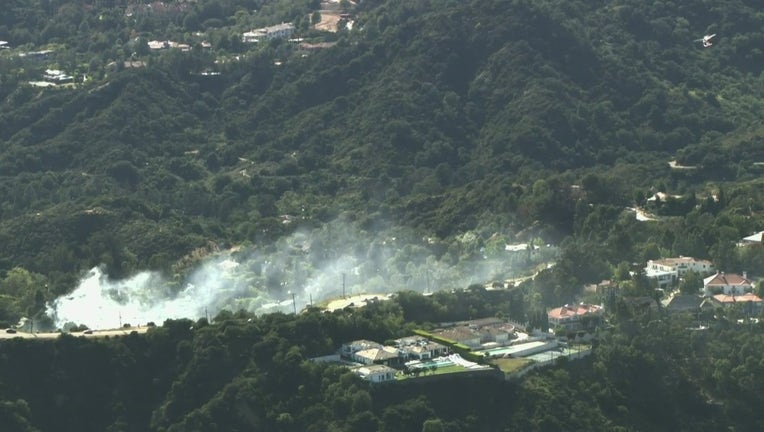 The fire was reported just after 4 p.m. Sunday in the 9500 block of W. Hidden Valley Road, according to the Los Angeles Fire Department. The fire is believed to have started after a fallen tree came into contact with a power line. At its largest the brush fire covered no more than one quarter of an acre.

Because the downed power lines are active, firefighters needed to figure out alternative routes to battle the fire. No buildings were damaged by the fire, but LAFD says the power lines remain an electrical hazard.