Terrifying moments unfolded for one family after a little girl was bitten in the face during a coyote attack near the Huntington Beach Pier Thursday night.

HUNTINGTON BEACH, Calif. - A coyote that was shot and killed by police was confirmed to be responsible in the attack of a 2-year-old girl in Huntington Beach, according to officials.

The California Department of Fish & Wildlife said a DNA sample collected from the little girl's arm matched that of one of two coyotes killed in the vicinity the night of the attack.

Officers were called to the beach near the Huntington Beach Pier around 9:45 p.m. Thursday and found the girl, police spokesperson Jennifer Carey said in a statement.

She received serious but non-life-threatening injuries and was taken to a hospital, authorities said.

The girl was with two women and another small child sitting near the waves when she wandered "a mere few feet" and was attacked, state Department of Fish and Wildlife Capt. Patrick Foy said.

The coyote came out of the dark, hit and knocked over the girl and attacked her for 12 seconds before her cry alerted adults and the animal ran off, Foy said.

However, it stayed around, pacing, before finally fleeing, Foy said. 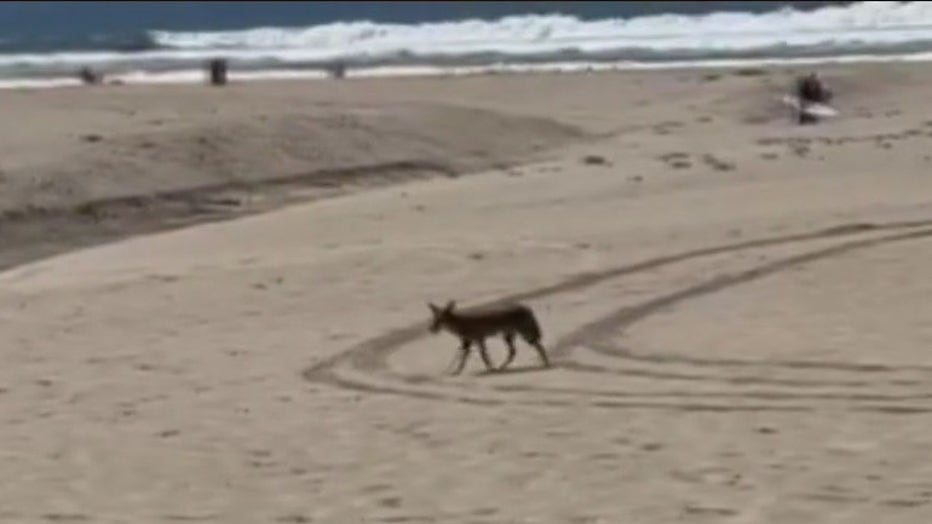 The family did nothing to antagonize the coyote, he added.

Police later shot two coyotes. One was found dead on the sand about a mile north of the pier Friday morning while the other was spotted Friday afternoon under a mobile home and was euthanized, Foy said.

Officials are still waiting for the rabies lab test results to come back.

Coyotes are found almost everywhere in California, including cities, and authorities have long warned that small children and pets can be at risk. Last year, the state Department of Fish and Wildlife began workshops to help communities deal with coyotes because of an increase in the number conflicts with people.

Foy said coyotes usually are shy and try to avoid humans. He estimated there are only about 10 to 12 attacks per year around the state, mostly involving smaller children but full-grown adults were attacked in a few cases.

Carey said police have conducted increased coyote trapping efforts throughout the city for the past several weeks and asked residents to report coyote sightings.