New video shows the terrifying moment when a little girl was bitten in the face by a coyote near the Huntington Beach Pier Thursday night.

HUNTINGTON BEACH, Calif. - Terrifying moments unfolded for one family after a little girl was bitten in the face during a coyote attack near the Huntington Beach Pier Thursday night, officials said.

A mother and her two children were out on the beach and dipping their toes in the ocean just north of the pier when the coyote suddenly appeared and attacked the little girl around 9:45 p.m. She is said to be about two or three years old.

She was taken by ambulance to the hospital with serious, but non-life-threatening injuries.

Meanwhile, Orange County Animal Services and officers with the California Department of Fish and Wildlife searched for the coyote who was spotted running on the beach near the water.

Later in the evening, the coyote was shot by officials. The coyote was injured but still managed to run away. 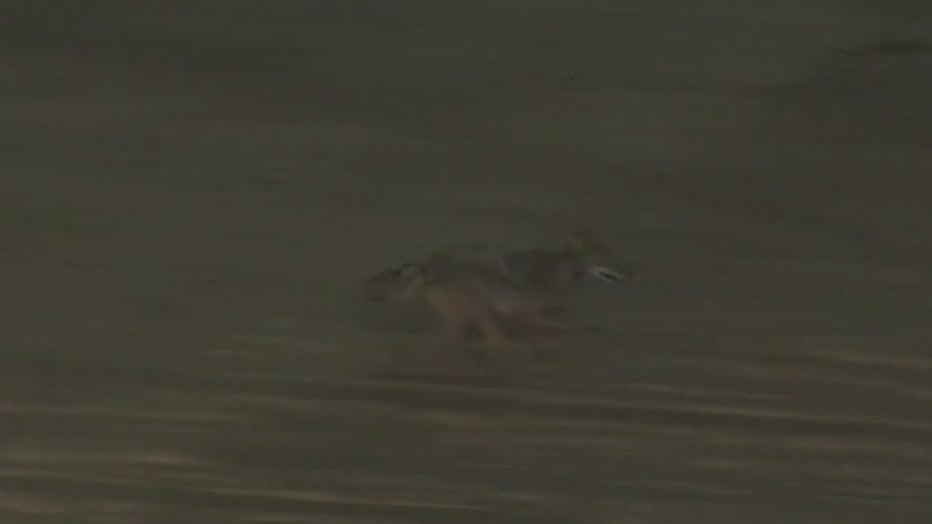 The coyote was found dead from its injuries on the beach Friday morning.

Runners told FOX 11’s Gigi Graciette the following morning they have been chased by coyotes in the area. One said she's seen a coyote lurking around the children's background and police confirmed there have been reports of numerous recent sightings.

"It’s really not afraid of us at all," one resident said.

"On several occasions, they’ve just both myself and my wife down the road," resident Eric Brown added.

Huntington PD also noted they have a coyote management plan.

The toddler was set to be tested for rabies and will continue to be treated at the hospital.