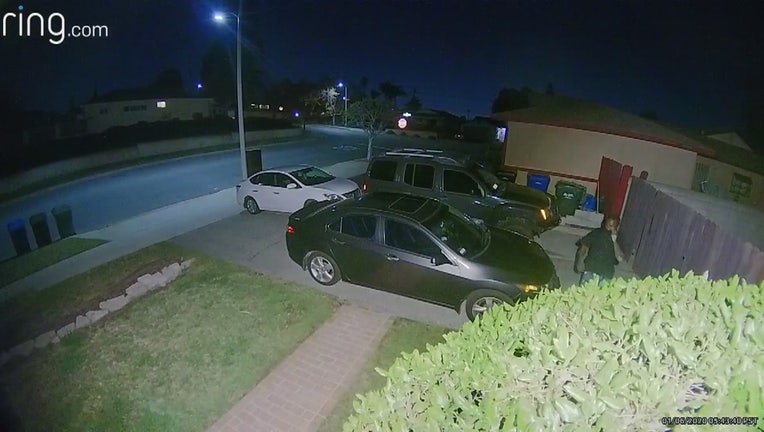 COVINA, Calif. - Police are warning Covina residents to lock up after prowlers were captured on home security cameras in multiple attempted car break-ins within days.

Footage released by the Covina Police Department captured multiple suspects going around and checking to see if doors were left unlocked on vehicles that were parked on driveways during overnight and early morning hours.

The crimes have been happening on the east side of the city, authorities said.

Covina police are investigating the crimes and want to remind residents to lock up.