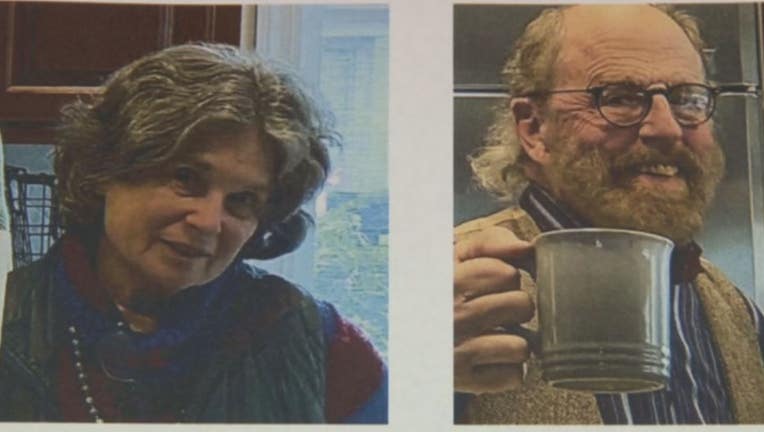 INVERNESS, Calif. - An academic couple who vanished during a getaway in the woods of Northern California was found Saturday by search-and-rescue workers who spent almost a week looking for them and gave up hopes of finding them alive.

The Marin County Sheriff’s office tweeted that two helicopter crews airlifted Carol Kiparsky, 77, and Ian Irwin, 72, to a hospital. Authorities did not immediately provide details on their conditions and where they were located.

Kiparsky and Irwin were last seen Feb. 14 at a vacation cottage near Inverness, a town at the foot of Tomales Bay close to Point Reyes National Seashore. The couple from Palo Alto never checked out the next day as planned and failed to show up for an appointment on Feb. 16, which sheriff’s officials said was highly out of character for them.

When housekeepers went to the cottage to clean up, they found the couple’s phones and wallets. Their vehicle was parked outside.

No foul play was suspected.

Sheriff’s officials and a volunteer team combed the woods and waters around Inverness for several days with the help of drones, dive teams and boats equipped with radar and sonar. On Thursday, they shifted the operation to a “recovery mission” when they received four independent alerts from cadaver dogs around Shell Beach, about 2 miles (3.2 kilometers) from the cottage, and felt they had exhausted all possible leads.

“We believe that our extensive search efforts with every resource that has been available to us would have located Carol and Ian if they were responsive or in an area accessible by foot on land,” the sheriff’s office said in a press release.

Irwin is a leading Parkinson’s disease researcher. He was a chemist on the team that originally identified an agent responsible for the outbreak of Parkinsonism among heroin addicts in 1982, according to the Marin Independent Journal.

Kiparsky is a prominent linguist and author of several books on language, including 1975′s “The Gooficon: A Repair Manual for English.”