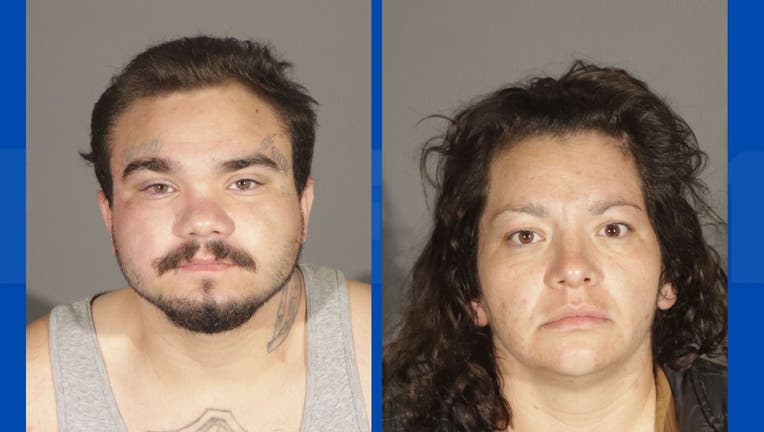 SANTA MONICA, Calif. - Two people were arrested in Santa Monica Thursday after police say they robbed a woman at gun point from the seat of a stolen Mustang.

Officers were called to the area of 25th Street and Alta Avenue around 7:15 p.m. Thursday for reports of an armed robbery. The 911 caller reported the suspects drove off in a red Ford Mustang.

According to police, a victim was walking down the street, when the Mustang pulled up alongside her when the passenger, 22-year-old Dylon James Sotelo-Camacho, robbed her at gunpoint. Sotelo got the woman's purse before the car drove off.

Officers say they located the Mustang at a nearby gas station minutes later, and identified the car as stolen. The couple drove off before seen again at a separate gas station. Sotelo and the driver, identified as 35-year-old Lorenza Luisa Garcia, attempted to run. Garcia was apprehended immediately, while Sotelo jumped a wall into an alley. Police arrested him after a short SWAT standoff, and found him hiding under a blanket outside a nearby apartment building.

The two were charged with robbery, conspiracy, and resisting arrest.