Condemned inmate Rodney Alcala was on California's death row for a number of years before his death.

He died of natural causes at a hospital in San Joaquin Valley, California, prison officials said in a statement.

Alcala was sentenced to death in 2010 for five slayings in California between 1977 and 1979, including that of a 12-year-old girl, though authorities estimate he may have killed up to 130 people across the country.

Alcala received an additional 25 years to life in 2013 after pleading guilty to two homicides in New York. 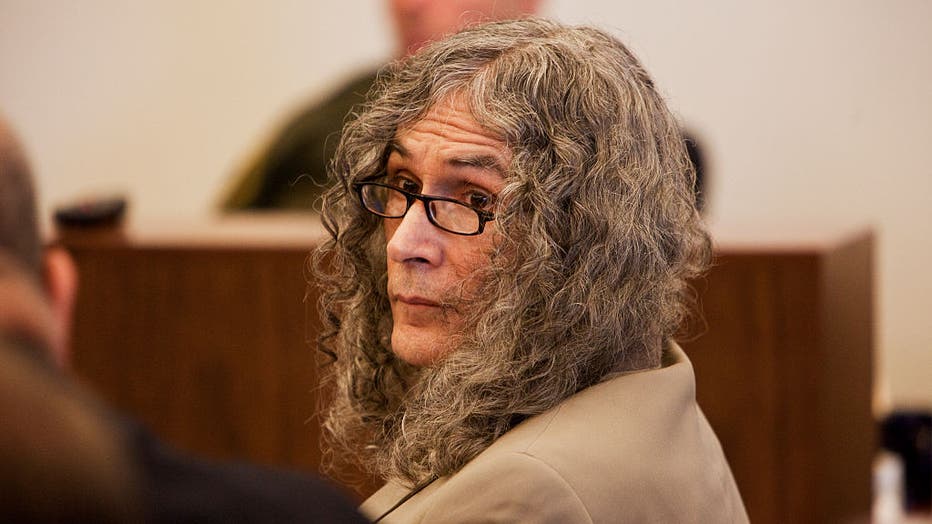 The penalty phase of the People vs. Alcala trial begins at a Santa Ana, CA courtroom. Rodney Alcala was found guilty and convicted of murder, torture, kidnapping, and rape last week of five California women. Alcala is now facing the possibility of th

He was charged again in 2016 after DNA evidence connected him to the 1977 death of a 28-year-old woman whose remains were found in a remote area of southwest Wyoming. But a prosecutor said Alcala was too ill to face trial in the death of the woman, who was six months pregnant when she died.

California’s death row is in San Quentin State Prison near San Francisco, but for years Alcala had been housed more than 200 miles away at a prison in Corcoran where he could receive medical care around the clock.

Prosecutors said Alcala stalked women like prey and took earrings as trophies from some of his victims.

"You’re talking about a guy who is hunting through Southern California looking for people to kill because he enjoys it," Orange County, California, prosecutor Matt Murphy said during his trial. 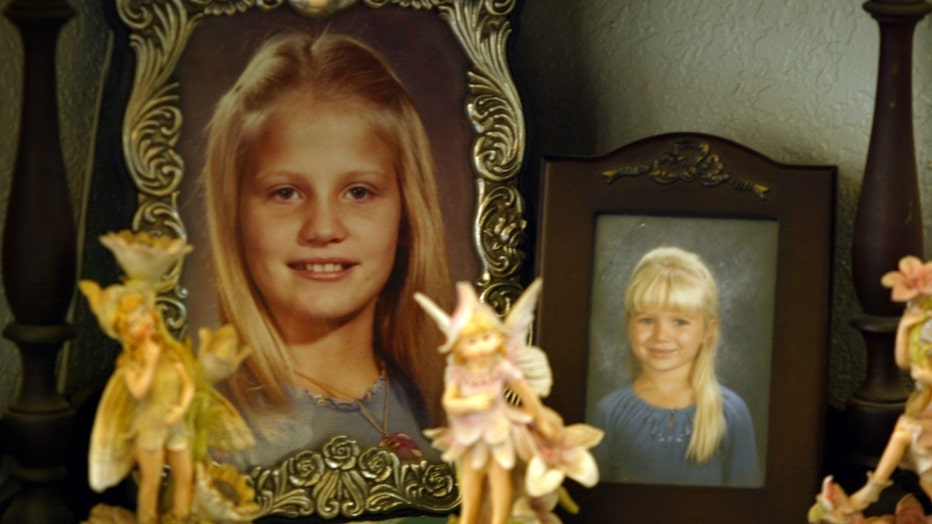 Norco. July 27, 2004  Photo of Robin Christine (Cq) adorns a shelf at her mother Marianne Connelly's home in Norco. In 1979, when Robin was 12, she was kidnapped on her way to a ballet lesson and murdered. Her accused killer, Rodney James Alcala,

Investigators say his true victim count may never be known.

Earrings helped put him on death row, though Gov. Gavin Newsom has imposed a moratorium on executions so long as he is governor.

The mother of 12-year-old Robin Samsoe testified at his murder trial that a pair of gold ball earrings found in a jewelry pouch in Alcala’s storage locker belonged to her daughter.

But Alcala claimed that the earrings were his and that a video clip from his 1978 appearance on "The Dating Game" shows him wearing the studs nearly a year before Samsoe died. He denied the slayings and cited inconsistencies in witness’ accounts and descriptions. 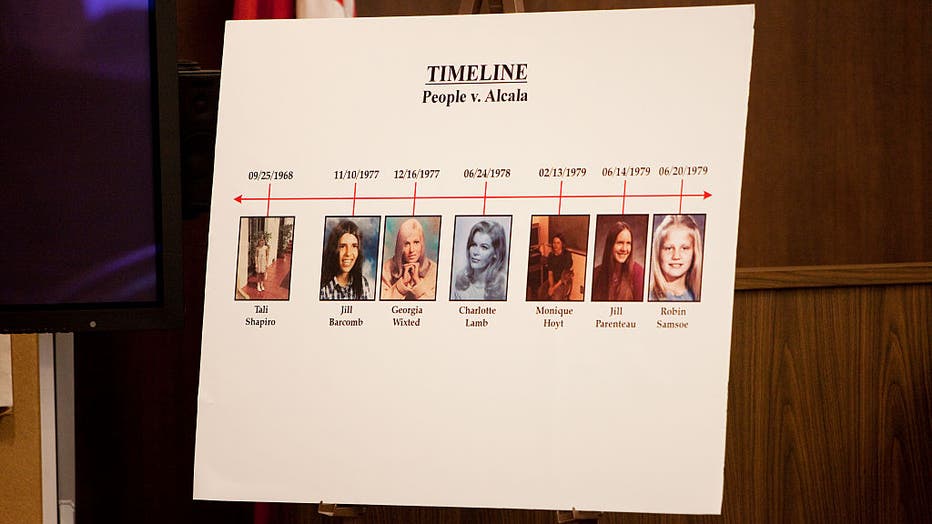 Two of the four women were posed nude after their deaths, one was raped with a claw hammer and all were repeatedly strangled and resuscitated to prolong their agony, prosecutors said.

He had been sentenced to death twice before in Samsoe’s murder, but both convictions were overturned. He was charged in the slayings of the four adult women more than two decades later based on new DNA and other forensic evidence.

After the verdict, authorities released more than 100 photos of young women and girls found in Alcala’s possession in hopes of linking him to other unsolved murders around the country.

"There is murder and rape and then there is the unequivocal carnage of a Rodney Alcala-style murder," Bruce Barcomb, the brother of 18-year-old victim Jill Barcomb, said as Alcala was sentenced to death.